Looking to access the whole Netflix library? or perhaps you’re abroad and want to watch your favourite Netflix series?

Surprisingly you’ll only have access to specific movies that are allowed in your physical location. To gain unrestricted access to Netflix, for whatever reason, a VPN is the best workaround.

When using a VPN, your actual location is hidden and replaced for a location of your choice. Giving you access to geo-restricted content.

Keeping up with Netflix is a Costly Business

Unblocking Netflix is becoming an increasingly harder task with each passing day. Many VPNs are simply deciding to give up the cat and mouse game of creating new Netflix servers almost daily, for them to be banned by Netflix just a few days after creation.

Understandably, keeping up with Netflix is a costly business and many VPN providers have simply decided to opt-out.

In this article, we will be focusing on NordVPN. Previously we listed NordVPN as one of our top providers that still supports Netflix. But the question is: does NordVPN still work with Netflix in 2022?

It’s important for us to keep up to date with the latest changes in the VPN space, so we’re going to thoroughly analyze NordVPN and if they will still allow us to unblock Netflix movies. Let’s dive in…

Firstly, Who is NordVPN?

Good question… NordVPN is a VPN provider based in Panama that has been around for over a decade. When choosing NordVPN you have over five thousand servers to choose from. They list hundreds of servers in the UK, US, Canada, Japan, Netherlands, France and Italy that should work to securely stream Netflix. 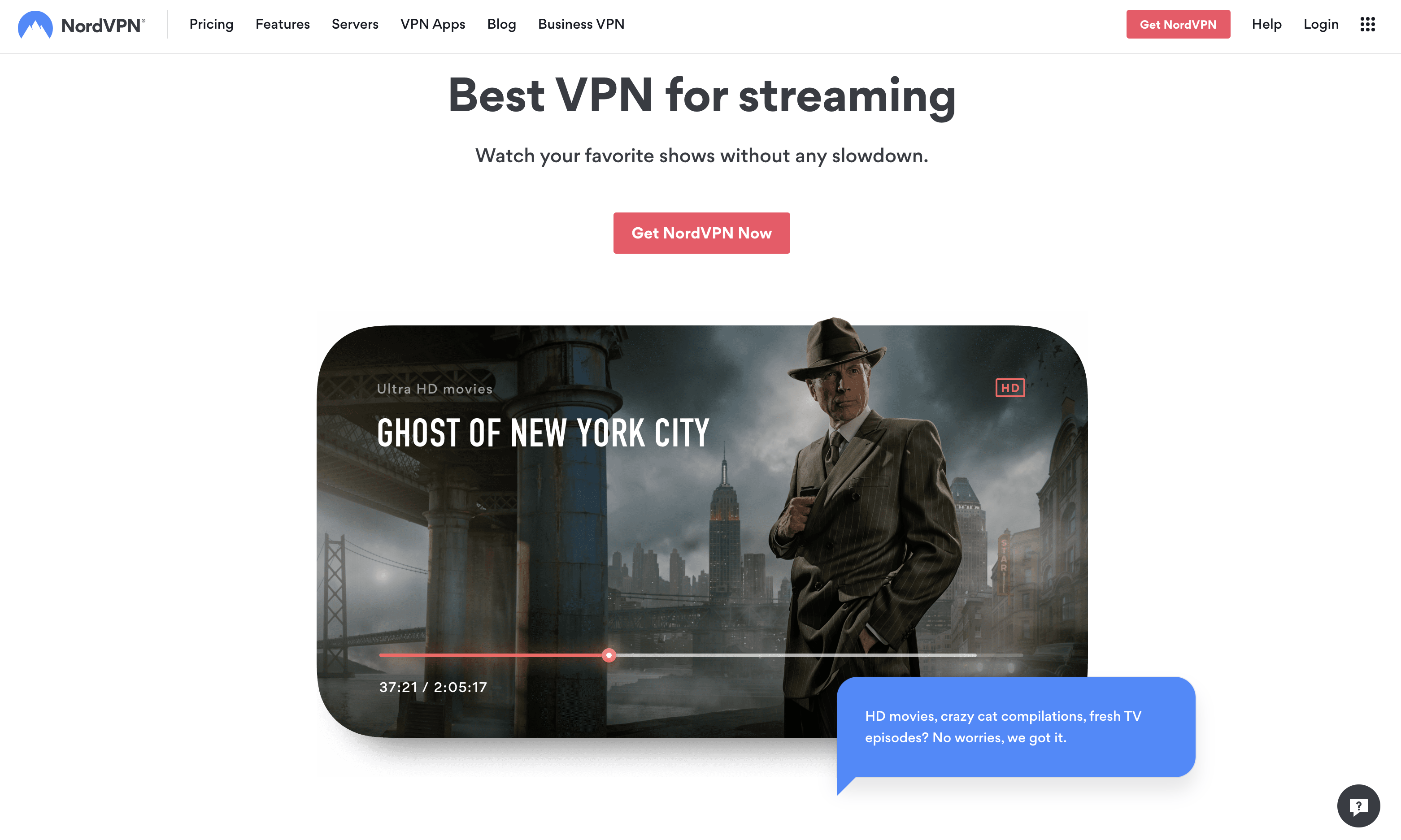 However, Netflix is blocking VPN servers daily, so you could be searching for a while to find a server that will still allow you to access Netflix in 2022.

There have been a lot of people complaining about VPNs not keeping up to date with Netflix. However, the truth is, Netflix has waged a war against VPNs and many just can’t keep up.

NordVPN, on the other hand, is still fighting the Netflix Server battle. So in short – YES, you can still access Netflix with Nord VPN, but how easy is it?

NordVPN has added a special feature to their apps called “SmartPlay-DNS” that is designed to allow access to censored content (such as Netflix movies) via DNS. The feature claims to be able to gain access and also improve bandwidth and reduce lag. The SmartPlay-DNS comes as standard on their Apple (iPhone/ iPad) and Android apps.

Unfortunately even with the new improved technology, accessing Netflix is not fail-proof. It might take some digging around to find a server that will allow you to access and stream Netflix.

Thankfully that’s quite easy to do on NordVPN, as you can simply search through the list of Netflix servers on their support pages.

I suppose making these details publicly available is not really the best idea, because it then tells Netflix which servers to ban. Perhaps they might need to hide their list of streaming servers in the future to help them stay ahead of the game. Just a thought!

When using NordVPN, you can access the internet in a way that suits you best. However, they do also have a “smart algorithm” that automatically selects the best VPN server for you based on your location or requirements.

You can also select the particular server that you want to access directly from the NordVPN app or choose a server type that suits your needs.

In our case, we are looking for a server that will enable us to securely watch Netflix and unblock censored content. NordVPN advises us to select a server that is close to your physical location for streaming Netflix.

If you are using a mobile device or pc and still experiencing difficulty, then NordVPN suggests that you clear your cache and restart the NordVPN app. Then try to connect to any of the servers listed on their Netflix page. 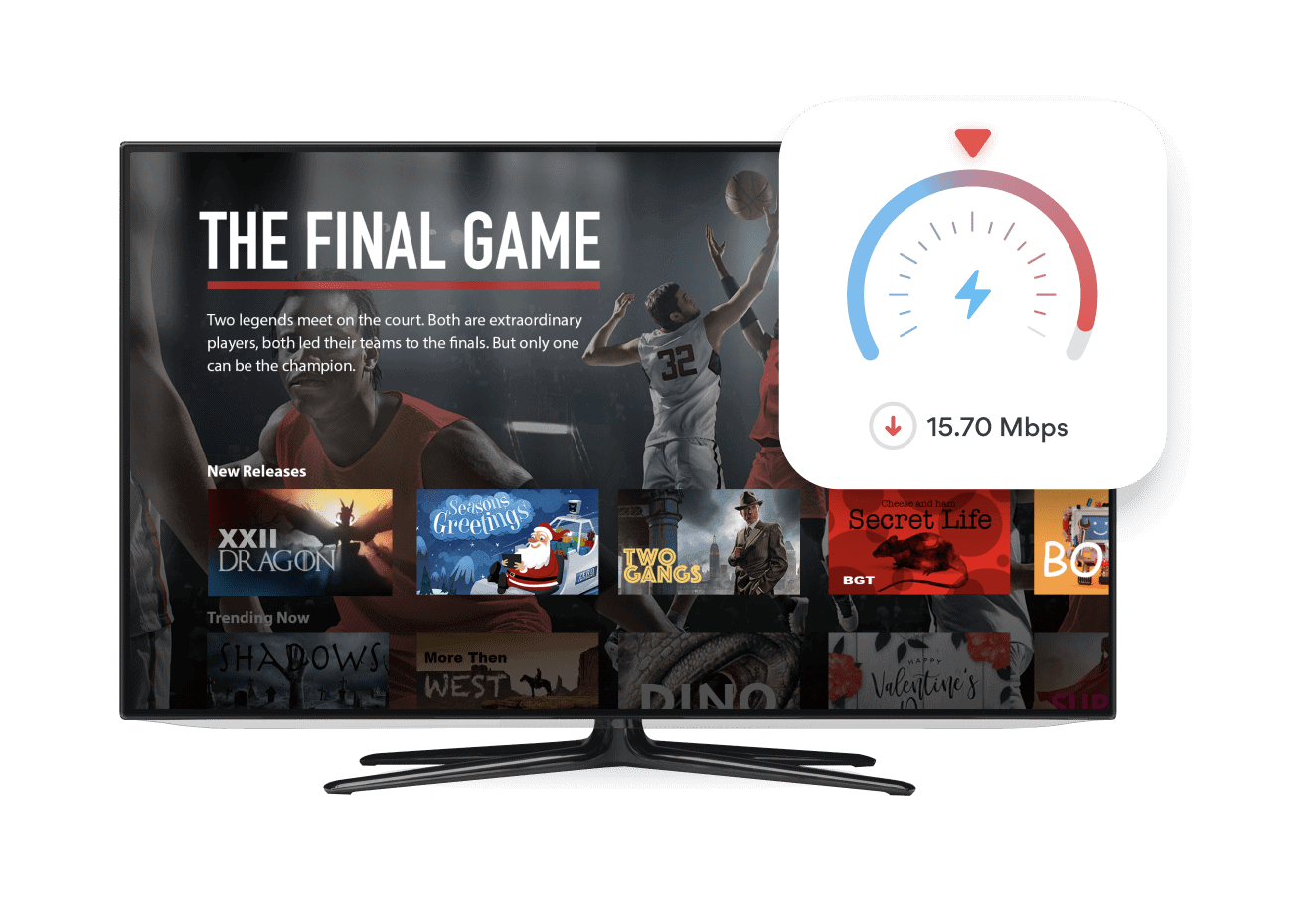 VPNs often slow down your internet connection speed due to the fact that they access the internet via a second server. However, some digital security companies have started to work to optimize loading times and actually improve streaming.

As I stated before, NordVPN has now incorporated a feature called SmartPlay-DNS that is designed (in part) to speed up streaming and reduce lag.

You can also play around with the encryption settings or protocols to improve your viewing quality if you feel so inclined, this can sometimes help.

What about Free Netflix VPN Options?

Due to the fact that Netflix is on the warpath, keeping servers working seamlessly with Netflix is an expensive business. So using a free VPN in most cases is now a bad option.

Even if you do find a free VPN that still works with Netflix (good luck with that hunt) you’ll be faced with slow download speeds that’ll affect the quality of your viewing. Think buffering… and long loading times – not fun.

Free VPNs often store your data and show ads or in the worst case, they can install malware. Therefore selecting a reputable VPN like NordVPN to stream your Netflix movies will avoid lots of timewasting and frustration.

Netflix has an intensely robust regional blocking in place to protect their producers. You see, the movie producers make money by licensing their movies to specific distributors via physical location.

Therefore Netflix is responsible to ensure that regional content is protected by location at all costs. Meaning, you might find that you can’t access your favourite episode while abroad.

When tested NordVPN still worked to access Netflix on some of their servers, namely Netflix US, Japan, UK, Australia, Canada, and the Netherlands.

There are lists of servers in each of these locations, should you find that one doesn’t work.

Due to the fact that Netflix is on a mission to block all VPNs, you might find that a chosen server becomes blocked. But, don’t fret – NordVPN is on the case replacing each server as it gets blocked – what legends.

NordVPN is still going strong – unblocking Netflix worldwide and allowing its users to stream the full Netflix content with relative ease. Often you will be redirected to the US Netflix library, however, that is nothing to gripe about, because the US library is the largest library available.

Most VPNs Don’t Work with Netflix in 2022

Sadly, most VPNs – especially free ones, don’t work with Netflix in 2021. Netflix is extremely sophisticated in detecting proxies or unblockers. Not surprising as they earn $1.21 Billion USD per year, yes billion with a “b”. So they have a lot of money to invest in blocking VPNs. However, NordVPN is doing a stellar job of unblocking Netflix content.

NordVPN used to list the servers that were still working with Netflix live on their website. This feature doesn’t seem to exist any longer. However, you can still find a long list of servers that you can try. In testing, we found that several of their Netflix servers still work, even from abroad.

You can access Netflix and register for an account via a VPN anywhere in the world. Even if Netflix isn’t currently available in your location. You’ll need to buy a Netflix Gift card via a reputable agent such as Paypal, Netflix or Target. Be aware that there are fake dealers of gift cards, so make sure to select a reputable agent.

NordVPN is still a brilliant choice for streaming Netflix anywhere in the world. They have a wide range of servers in six locations that offer Netflix streaming. These servers do get blocked on a regular basis, so you might need to try a few different servers. You can easily switch the server that you are using in the NordVPN app.

PrevPreviousBest Ad Blockers in 2022
Next21 Best Torrent Sites in 2022Next
PrevPreviousWhat is Double VPN & Should I Use it in 2022?
NextNordVPN Vs PIANext