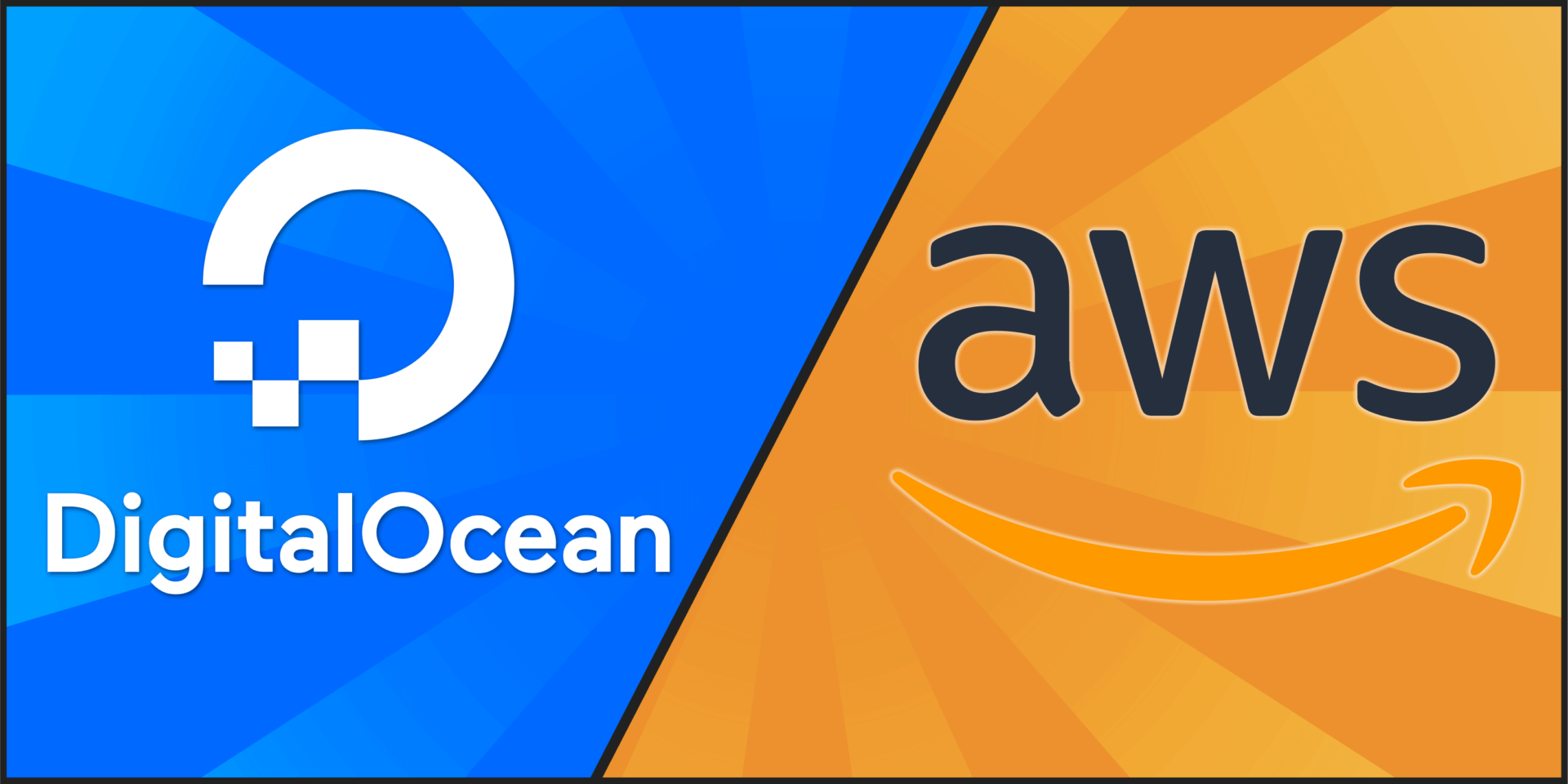 Struggling to decide between DigitalOcean vs AWS? Having multiple different options to choose from is usually a good thing, but it can also be paralyzing if you’re the sort of person who refuses to settle for the second-best, and there has never been more choice of Cloud Service Providers (CSPs) than today.

Cloud hosting providers can be divided into two groups: the “Goliaths” and the “Davids”. With a cloud market share of around 50%[1], Amazon’s AWS is the king of Goliaths, and its customers include Netflix, Twitch, LinkedIn, Facebook, BBC, Baidu, ESPN, Adobe, and Twitter. Other Goliaths include Microsoft Azure, Alibaba Cloud, and Google Cloud. What they all have in common is a strong focus and hold on enterprise customers.

DigitalOcean, on the other hand, has a single-digit cloud market share[2], and it focuses on smaller customers, putting an emphasis on simplicity. Other simple cloud hosting providers that belong in the same group as DigitalOcean include direct competitors Vultr & Linode, and cloud platforms such as CloudWays, Heroku, and Atlantic. These “Davids” understand that it is impossible to beat a “Goliath” with brute force. Instead, they precisely target their customers’ greatest pain points and make cloud hosting accessible even to those who would otherwise never touch it.

The goal of this DigitalOcean vs AWS comparison is to help you decide whether you would be better off becoming part of Amazon’s massive customer base and having access to its cornucopia of services and resources or giving a much smaller (but certainly not boutique) cloud hosting provider a chance to woo you with its straightforward business model and accessible platform.

What Should I Know About DigitalOcean vs AWS?

DigitalOcean launched in 2011 after its founders (Moisey Uretsky, Ben Uretsky, Jeff Carr, Alec Hartman, and Mitch Wainer) noticed that the cloud hosting industry was dominated by giants like Amazon, IBM and, Microsoft that sell server time to enterprise customers.

Realizing that the cloud has plenty to offer even to smaller customers, DigitalOcean concentrates on simplicity, affordability, and performance. This approach has served the company well because it now has around 300 employees and hundreds of thousands of active users. Its main product are scalable compute instances called Droplets, which support most modern Linux distributions and can be deployed in less than a minute.

Amazon Web Service, or AWS for short, a subsidiary of Amazon that provides a whole host of cloud services, covering compute, database, storage, Internet of Things, machine learning, robotics, networking, content delivery, media services, game tech, and more. It’s estimated that AWS has as much computing power as its next 11 rivals combined.

DigitalOcean doesn’t compete with all services offered by AWS. In fact, there’s only one service with which DigitalOcean can compete: Amazon AWS Lightsail. Described as an easy-to-use cloud platform that offers you everything needed to build an application or website, AWS Lightsail includes virtual servers, storage, databases, and networking for a low, predictable price.

DigitalOcean is sometimes also compared with Amazon Elastic Compute Cloud (Amazon EC2), but such comparison doesn’t make much sense because EC2 charges for CPU/RAM, disk space, and transfer separately based on your actual usage. If you’re on a tight budget, the last thing you want is to worry every month about your cloud hosting bill.

Both DigitalOcean and AWS use a no-nonsense monthly pricing structure that leaves absolutely no room for guessing what the final price will be. We have computed the following configurations to give you the price for each cloud service.

As you can see, DigitalOcean vs AWS offer more or less the same plans for the same amount of money. The biggest difference between the two cloud hosting providers is that AWS has Windows-specific plans, while DigitalOcean doesn’t support Windows at all. For most customers, the lack of Windows support shouldn’t be an issue, but we don’t doubt that exceptions exist.

To make up for it, DigitalOcean includes free DNS and monitoring with all plans, whereas Amazon expects its customers to pay for Route53 and CloudWatch respectively (there are other third parties, however, which offer affordable but robust DNS monitoring, such as Dotcom-Monitor). Both DigitalOcean and AWS offer managed databases starting at $15 a month, but only AWS has high availability plans which include extra instances for redundancy or failovers.

When DigitalOcean first entered the market with its basic $5 plan, its competitors were shocked because their plans started at $10 a month. Unsurprisingly, many didn’t hesitate and instantly switched to DigitalOcean to save 50% on their hosting expenses. When AWS introduced the $3.50 AWS Lightsail plan in 2018 as a smash against other cloud hosting providers, no mass migration of users to the AWS Cloud followed. That’s because saving $1.50 a month is not worth it to most customers, who realize that having to get by with just 512 MB of RAM gets annoying very quickly.

For the best performance, you want to host your website or application in a region that’s close to your visitors and users.

DigitalOcean has servers in New York, Amsterdam, San Francisco, Singapore, London, Frankfurt, Toronto, and India. Since not all servers are available with all DigitalOcean plans, it’s best to consult the server availability matrix for more information.

In performance benchmarks, AWS Lightsail beats not just DigitalOcean but also all other popular cloud hosting providers, such as Linode and Vultr. That’s not to say that DigitalOcean is a slow cloud hosting service. It’s just that no other company in the world comes close to the size and capacity of Amazon’s infrastructure.

However, according to a third party commissioned analysis[3] by Cloud Spectator LLC evaluating the performance of virtual machines (VMs) from AWS, Google Compute Engine and DigitalOcean — DigitalOcean wins out as the best performance value per dollar of CSP spend for both standard and compute VMs. The chart below outlines their findings:

The full Cloud Performance Analysis Report can be downloaded here.

As we’ve explained earlier, DigitalOcean doesn’t support the Windows operating system. Your options are limited to Ubuntu, CentOS, Debina, Fedora, CoreOS, and FreeBSD. Of course, the market share of Windows servers is just 4%, so DigitalOcean isn’t losing too many potential customers.

DigitalOcean and AWS Lightsail offer pre-installed software and development stacks, including LAMP, Node.js, WordPress, Magento, and Joomla. This makes them just as easy to use as shared web hosting services like Dreamhost or HostGator.

We just wish the rest of Amazon Web Services was just as intuitive. It takes a lot of time to learn what the different AWS terms mean, and it takes even more time to combine various AWS services and use Amazon’s cloud computing platform to its full potential. DigitalOcean is significantly more accessible in this regard, and its admin panels are cohesive and self-explanatory.

All DigitalOcean Droplets and AWS Lightsail instances include a static IP, SSD-based storage, a command-line interface (CLI) for management, and an optional managed database add-on. Both the AWS Lightsail API and the DigitalOcean API describe the API actions, data types, and exceptions for working with the two cloud hosting services programmatically.

DigitalOcean and AWS provide extensive documentation and many tutorials to reduce the need for direct customer support.

DigitalOcean product documentation includes high-level information (like plans and pricing, availability, feature overviews, and known issues), a quick-start guide with the essentials to go from zero to working in a few minutes, how-tos that explain how to accomplish specific tasks in detail, and resources on native tools for working with Droplets, troubleshooting, and Droplet metadata.

The Amazon AWS Lightsail resource center covers virtual servers, managed databases, load balancers, high-availability storage, AWS Lightsail API, as well as other AWS services. Detailed hands-on tutorials explain how to create a load balancer and attach instances to it, how to create a static IP and attach it to an instance, how to set up and configure a WordPress instance, or how to use Let’s Encrypt SSL certificates with a WordPress instance, among many other things. 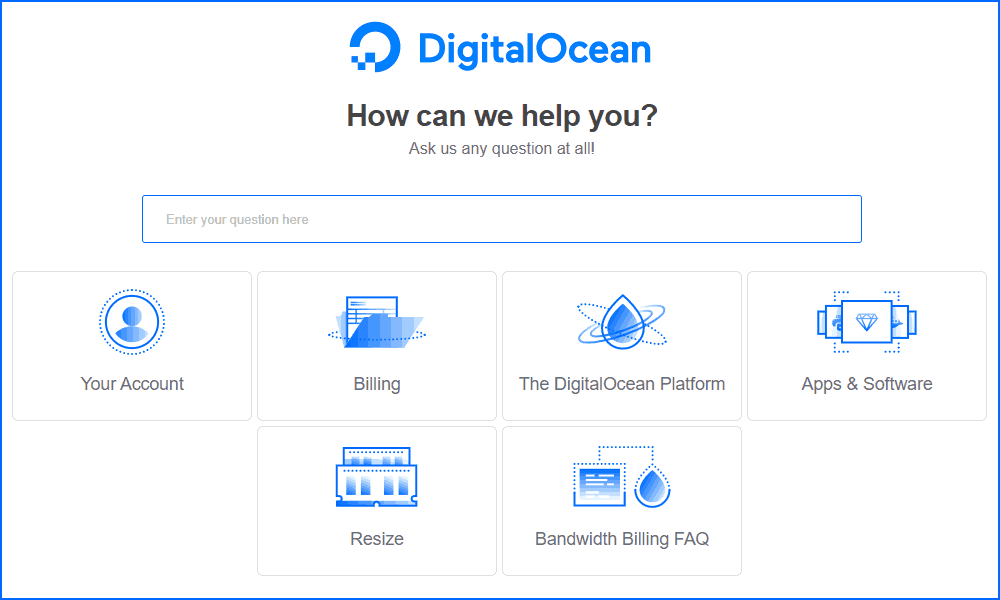 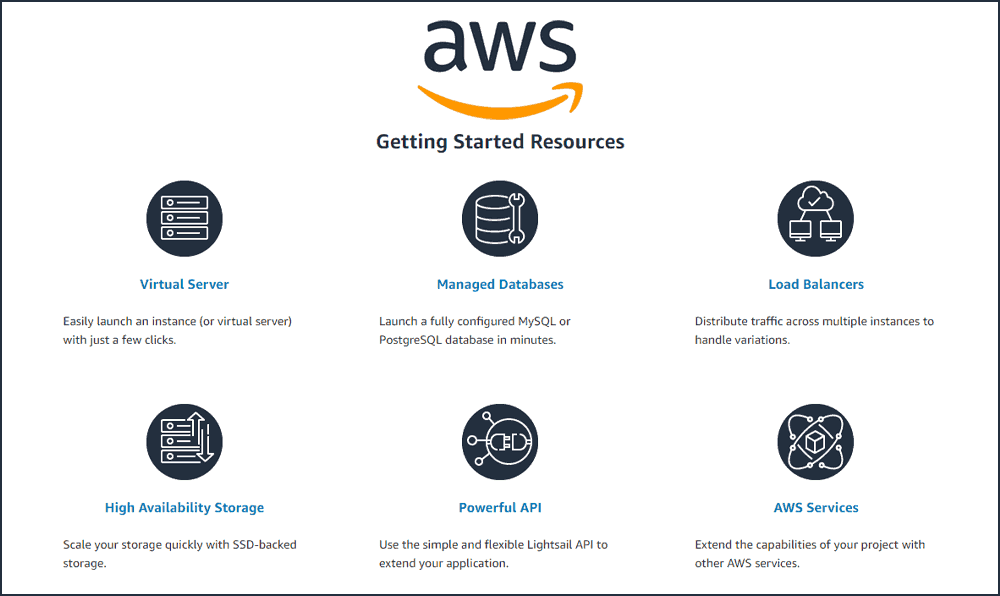 DigitalOcean vs AWS: Our Verdict

DigitalOcean offers an extremely pleasant cloud hosting experience that has been designed from the ground up with the needs of smaller customers, who want to know exactly how much their cloud hosting bill will be at the end of each month.

However, there’s no way how DigitalOcean can compete with AWS in terms of infrastructure. While both of these cloud hosting providers can host a website or application and scale it from infancy to global, only AWS can satisfy the needs of Fortune 500 companies transferring petabytes of data per day.

If you’re not a Fortune 500 company and are looking for a headache-free way how to deploy and manage cloud instances, the chances are that you will feel more comfortable using DigitalOcean instead of learning how to navigate the vast sea of Amazon cloud services.