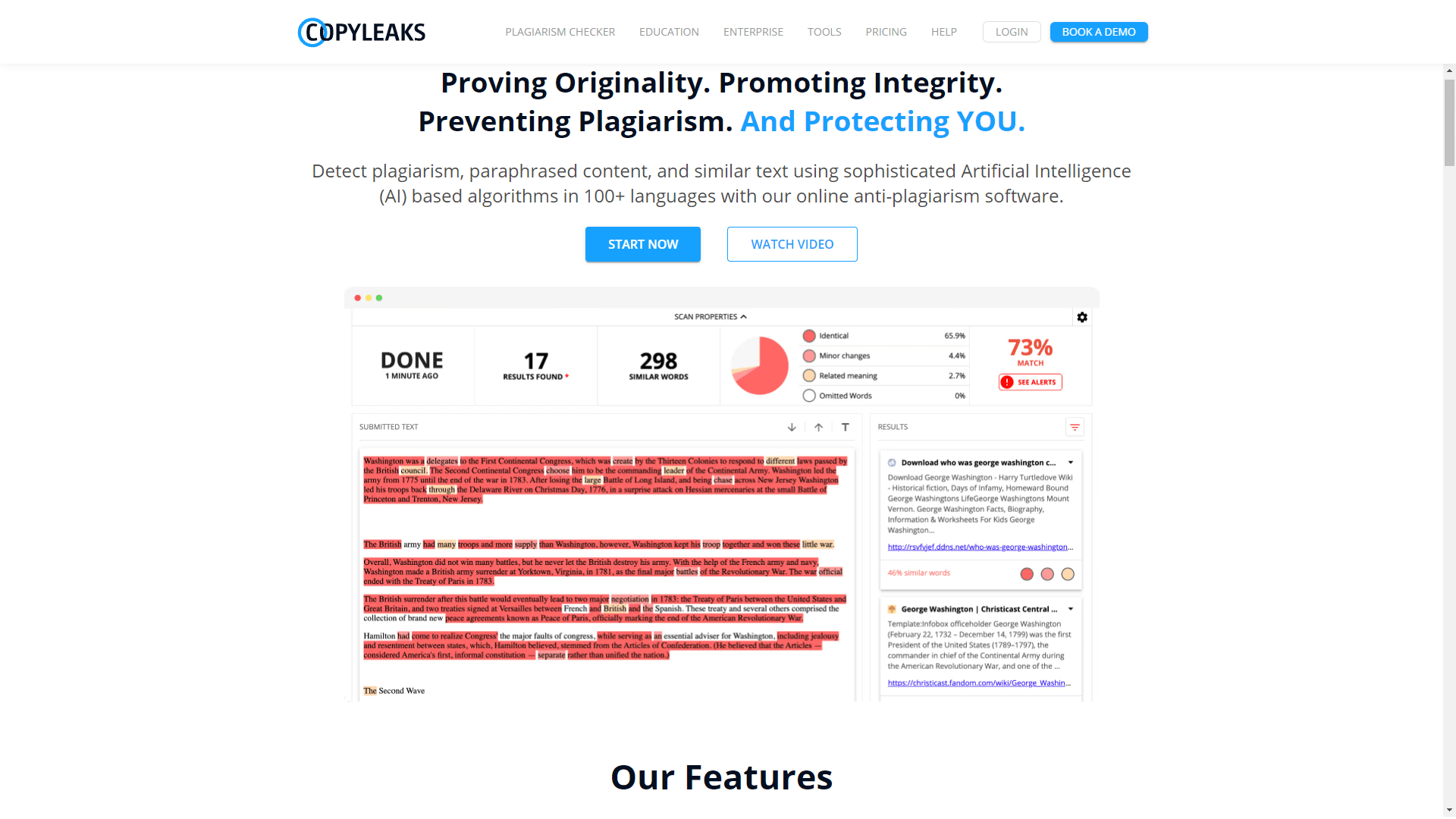 Copyleaks is a fully cloud-enabled, AI-powered enterprise-level plagiarism detection platform. Copyleaks utilises cutting-edge natural language processing (NLP) technology boosted by machine learning algorithms to go beyond the traditional word-for-word match approach to plagiarism detection and identify paraphrased and similar meaning text. With the ability to scan text in over 100 human languages, with CodeleaksTM (plugged in by default), Copyleaks can also detect plagiarism in 20+ programming languages, allowing computer science departments to check if students have copied code from online repositories or other students’ work.

Keen to learn more about Copyleaks, I caught up with the company’s CEO and co-founder, Alon Yamin, to ask him some questions.

Copyleaks came into fruition out of personal passion back in 2013, when it was ideated for the very first time. At first, it was a mere idea when Yehonatan Bitton, Co-founder and CTO of Copyleaks, discovered that his own website’s content was being copied by other websites. As a result, he was losing valuable search engine rankings, which was impacting the visibility and sales for his business.

Yehonatan had a small family-owned business, and they created a lot of original content for their website to be ranked high on Google and get as much traffic as they could. However, they noticed that their website started deteriorating in the search rankings, which ultimately affected their revenues. Upon investigating the reason, they discovered that the content from his website had been lifted and used on a competitor’s website.

At this point, Yehonatan actively started looking for a software solution to detect such misuse of content and quickly failed and came to realise that the solution he was looking for didn’t exist in the market. This was when he floated this “idea” of the gap in the market to his then work-colleague and fellow military veteran, Alon Yamin, Co-founder and CEO of Copyleaks.

Alon Yamin, with his extensive experience working with the Israeli army’s intelligence unit 8200, felt motivated to share Yehonatan’s passion and wanted to come up with a solution to this menace. While serving in the army, Alon actively helped develop state-of-the-art AI and machine learning-powered algorithms for the Intelligence unit, which became the basis for his understanding of the cutting-edge technology that would power Copyleaks in the years to come.

With Copyleaks, Alon and Yehonatan wanted to create a solution that will track content distribution on an ongoing basis, so one can always know that their content is protected. During the initial days of Copyleaks and while researching the demand and application, building a go-to-market strategy for such a technology, they quickly learned the importance of original content in academia. They then decided to expand the AI and machine learning-driven approach to plagiarism detection into the education space.

As the company grew over the years, Copyleaks now provides originality detection solutions, both for the education and business markets. Copyleaks is now strategically partnered with some of the largest content consumers, publishers, and leaders in their industries, on both education and business sides, including Stanford University, Oakland University, Cisco, Accenture, Macmillan Publishing, SEMrush, Examity, Edgenuity, NASA, United Nations, and many more. 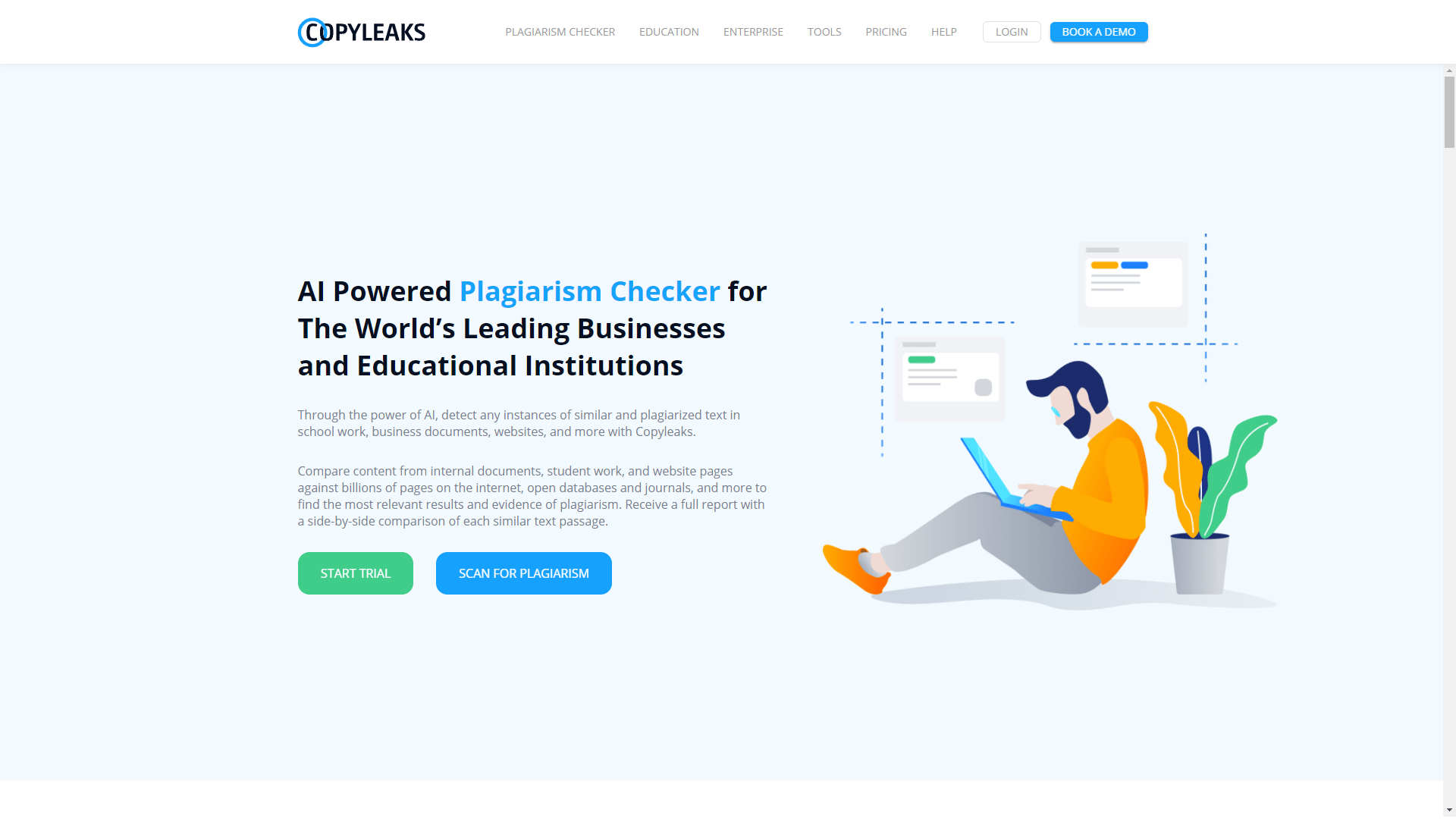 The advanced AI & machine learning-powered technology within Copyleaks does a thorough job at analysing and comparing text. Not only does it do your basic word-for-word comparisons, but it’s also intelligent enough to spot paraphrasing through its “similarity checks”. Here, Alon tells me about the top features of Copyleaks, of which he considers to be his company’s greatest strengths:

“Our deep AI & Machine Learning technology is our main advantage. We have the ability to understand the meaning of a text, so our similarity check is much more advanced than simply comparing words to words. We can identify paraphrased content in 100+ languages, which is an important capability to assess content originality fully. We believe that this capability makes Copyleaks stand out in the Ed-Tech space”.

Other notable features of Copyleaks include:

– Detailed reports which can easily be downloaded and shared.

– Conveniently and securely stores all your data in the cloud which can be accessed any time it’s needed. 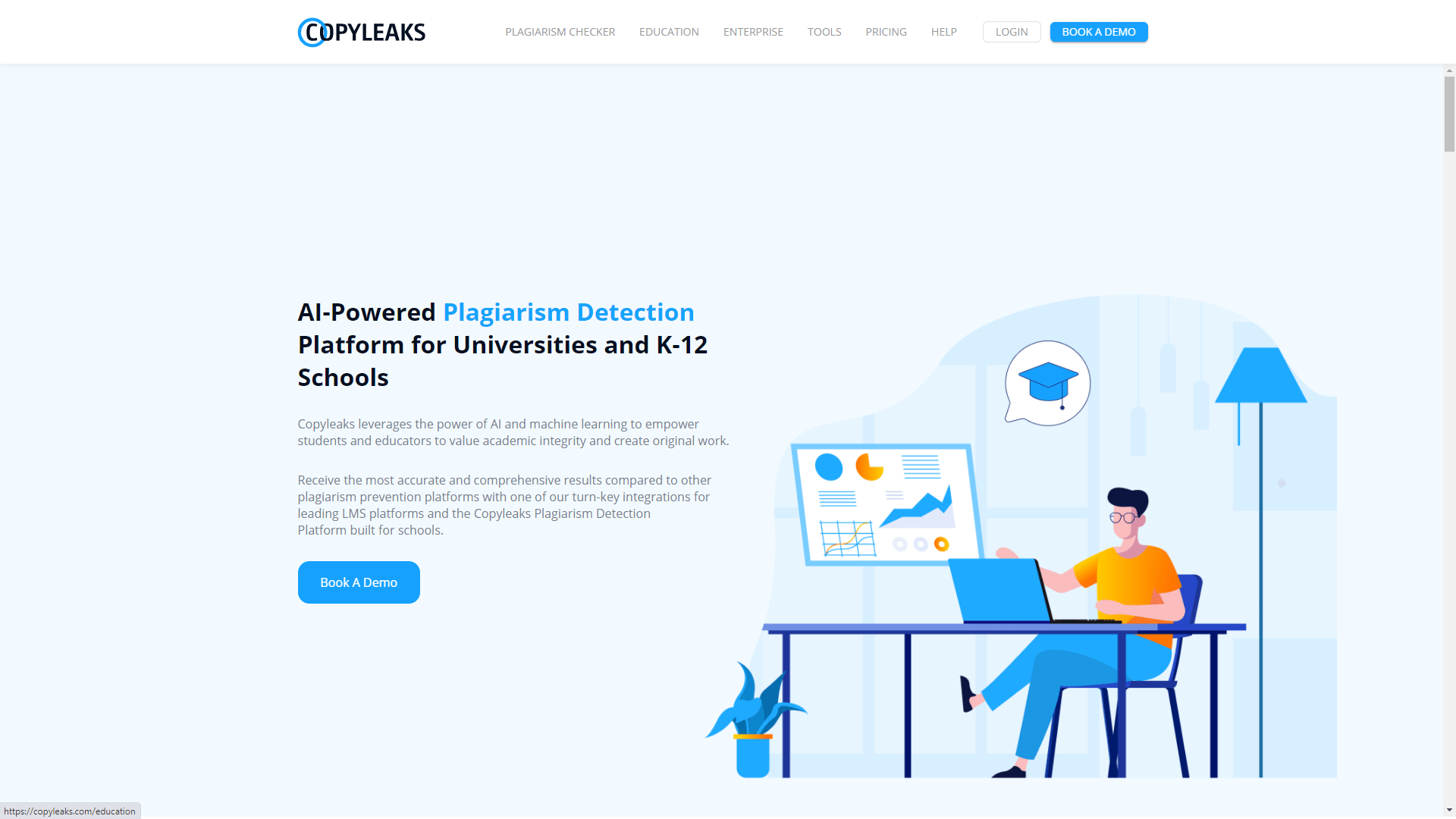 Copyleaks isn’t only an essential tool for businesses and enterprises. It serves the education industry too. Copyleaks is used to detect plagiarism in academic essays, research journals and qualification assessments. It has proved useful for both students and universities alike.

I asked Alon what he is most proud of about Copyleaks and he gave me a great answer:

“We are very proud of the fact that our solutions help students, teachers, and writers in safeguarding content and promoting academic and written integrity”. 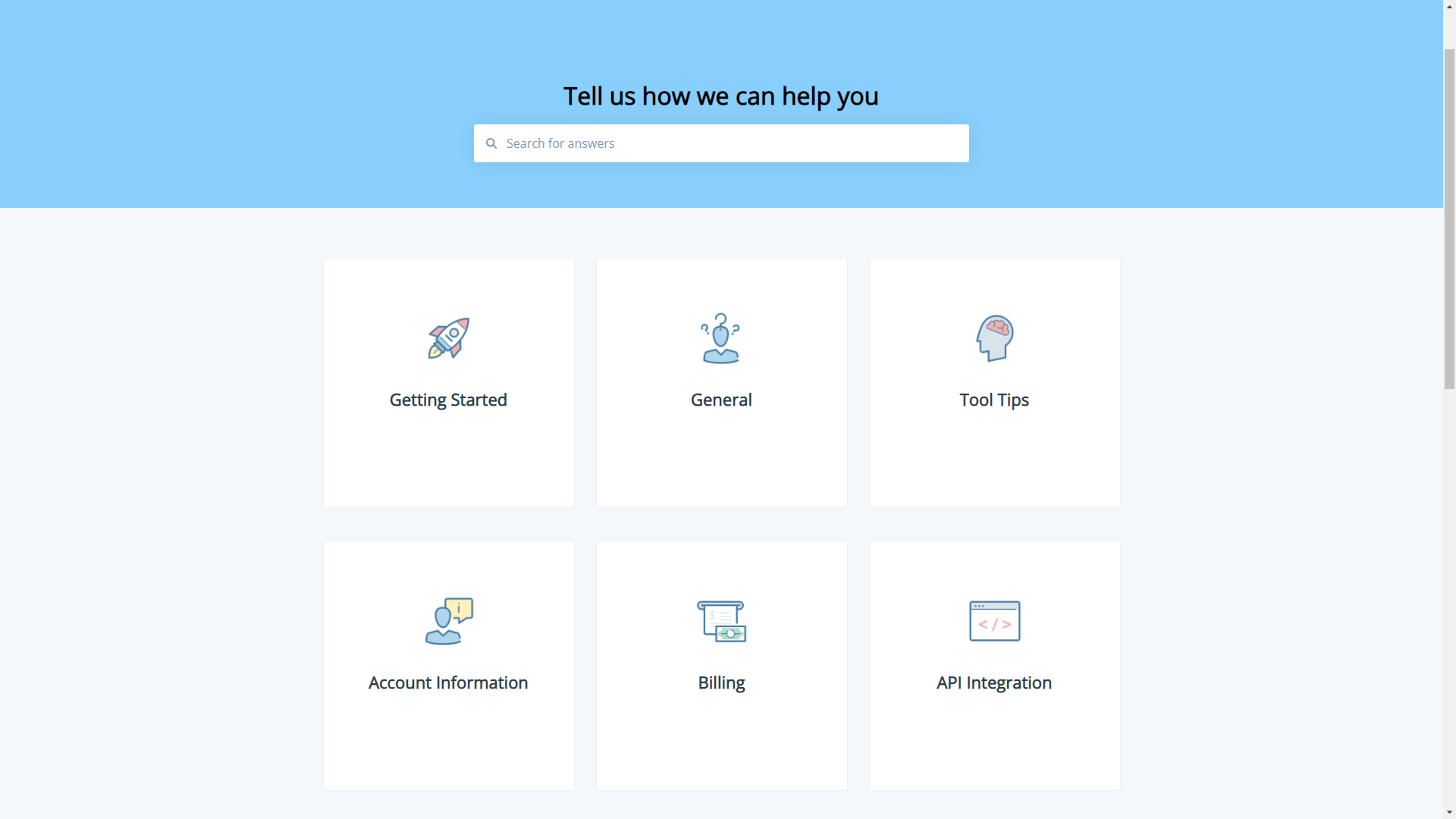 Copyleaks has an impressive list of clientele including BBC, Medium, Unicef and Stanford University. Furthermore, it boasts lots of impressive reviews, both on its homepage and on review platform Capterra. Copyleaks has an overall Capterra rating of 4.6/5. With this in mind, Alon told me about Copyleaks’ customer service:

“Customer service is our top priority and something we customize for each of our customers. Depending on the product and level of service, we have a customer success team present throughout the customer journey, including onboarding, support, and check-ins during the year. We believe that a successful customer is equipped with the knowledge and tools to best engage with the Copyleaks platform”. 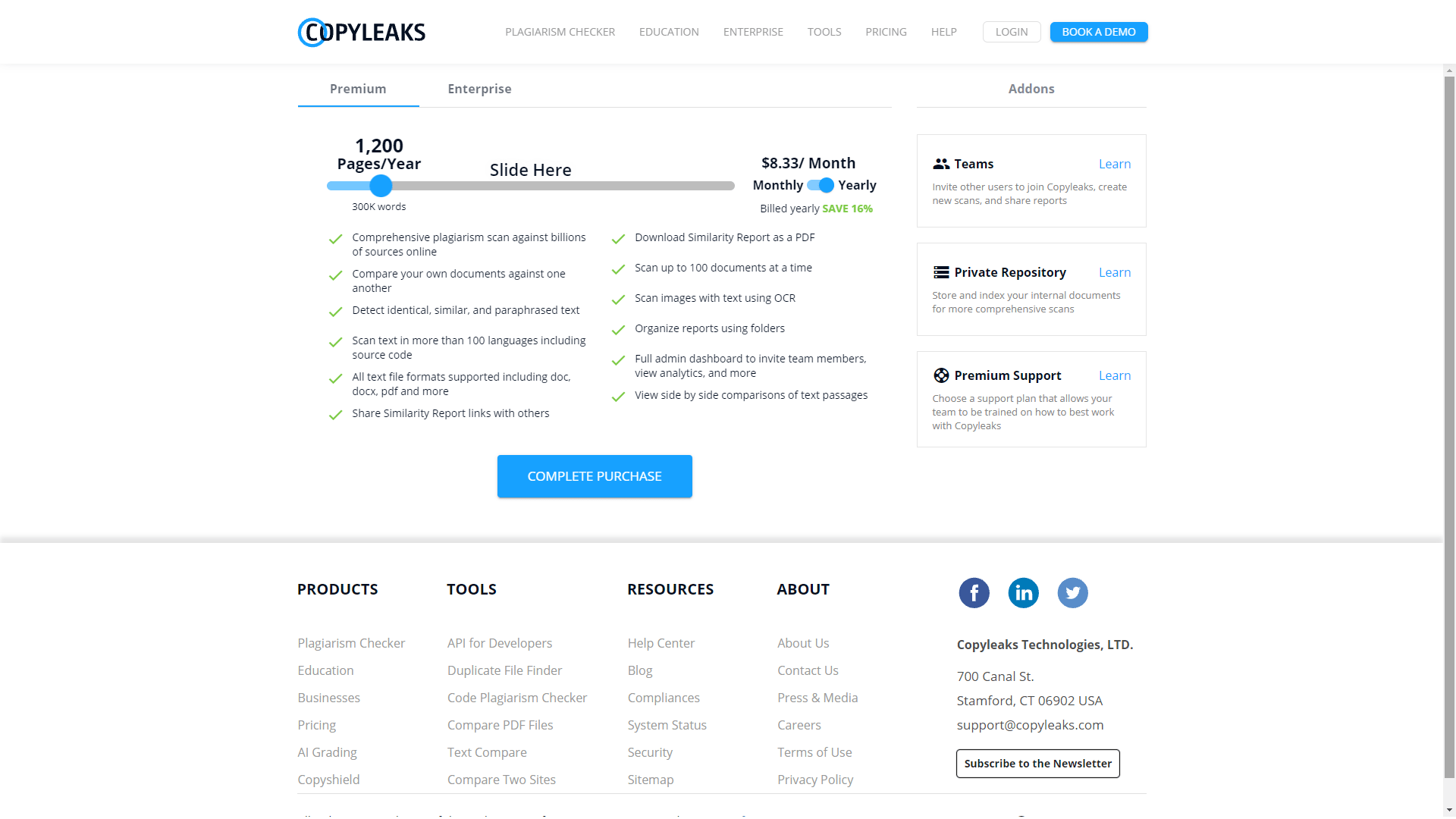 – For individual users, freelancers, SMBs, and other small-usage users, they offer monthly and annual premium subscription plans available through their self-service platform.

– For business and enterprise offerings, all plans and prices are customised on a case-by-case basis to fit the specific needs of our customers.

– For educational institutions, they offer an FTE-based pricing model. This pricing model includes all service offerings at a fixed fee charged according to the number of full-time students enrolled in the particular institution.

Copyleaks has enjoyed much success since its inception. And, Alon plans on improving and expanding the service even further. He explained:

“We continuously keep adding more capabilities to our solutions, all based on our AI technology. We will continue to expand within the academic market to close the entire life-cycle of assessing student work, all the way from the writing stage to grading and feedback”.

Finally, thank you to Alon for answering my questions about Copyleaks. It is a valuable tool which produces impressive results. It has proven itself essential for many customers, saving them both time and money. Good luck with your future expansions! 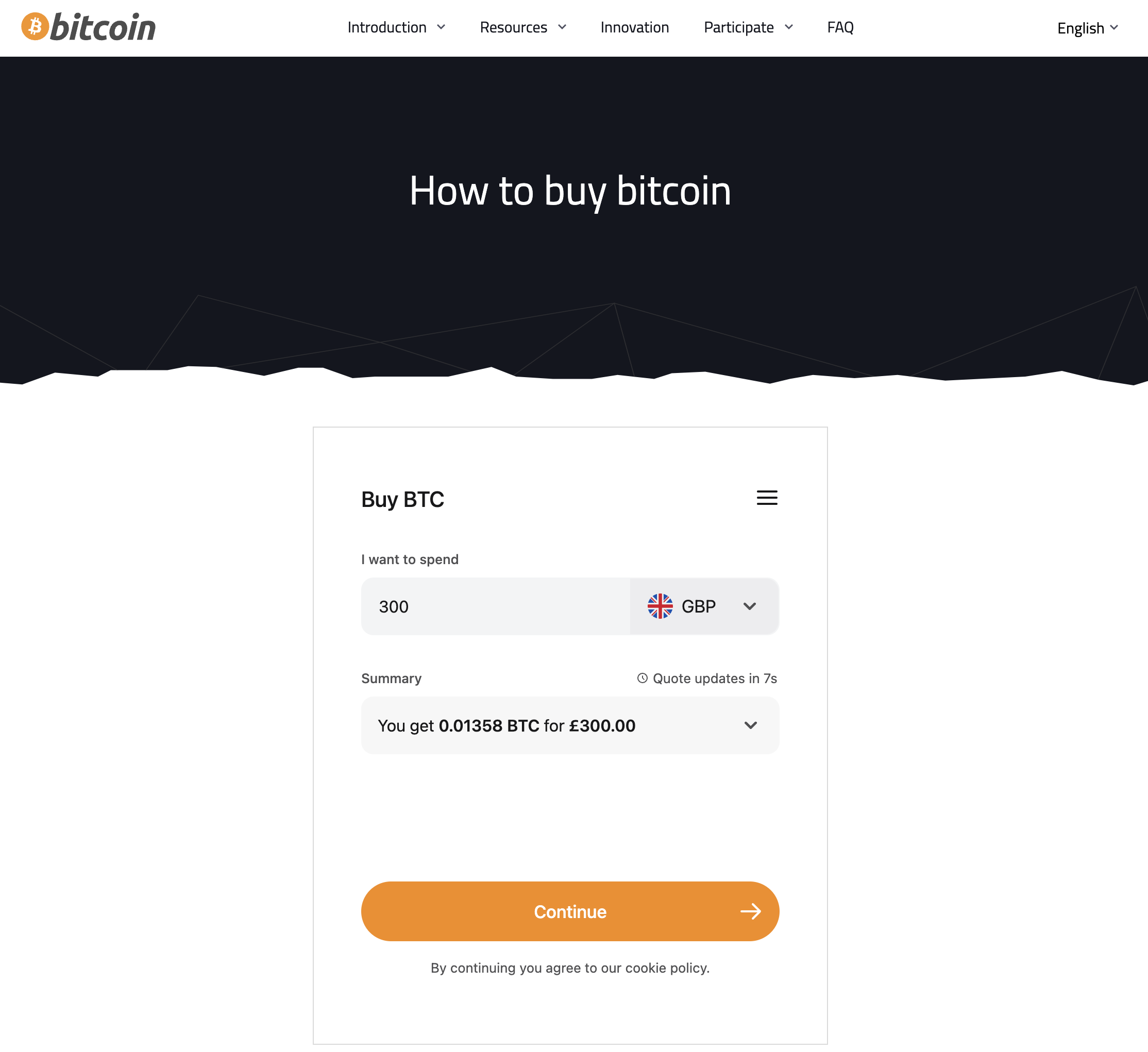