TorGuard has been in operation since 2012, and it is one of the more well-known VPNs on the market today, but it is worth it?

Read on to discover my thoughts on this VPN and whether it is a good choice for you. 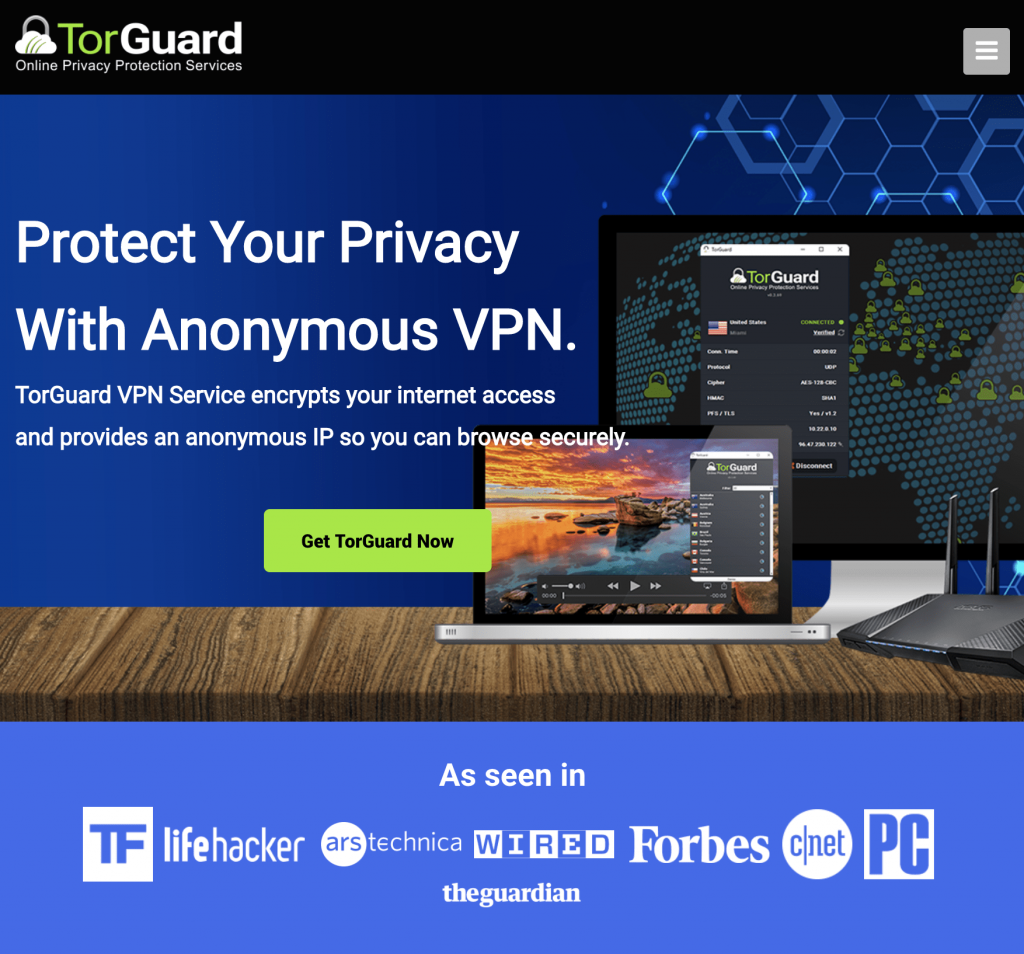 TorGuard is owned by VPNetworks LLC. There is not much information about this company online, yet it is clear that the VPN is based in Florida, USA.

Although TorGuard is based in the United States, it has a strict no-logs policy, which I will discuss in further depth. This means that it does not keep any identifiable information in any case, so if the court ordered them to hand over information, they would not have anything to give.

At present, TorGuard is present in 50 countries, with 3,000 servers in operation. The most popular locations are covered.

There are some city-level options available as well. For example, in the United States, you have the option of connecting to:

You also have city-level options in four other countries, which are as follows:

There are not many options in Africa or South America. In the former, your choices are limited to South Africa and Egypt. In South America, there are servers in Chile and Brazil.

The speeds are decent with TorGuard, but they are not the fastest that I have come across. If you are looking for an everyday VPN that will enable you to browse, stream, and download, this will be more than sufficient.

For download speeds, I had a 5 percent loss. The ping times also make it an excellent choice for gaming and torrenting. So, the speeds and reliability are certainly positive when it comes to this VPN.

Security is critical when looking for a VPN, and TorGuard certainly impressed in this regard.

TorGuard uses the highest encryption level, which is AES-256. OpenVPN is also the default for TorGuard, which is the protocol that I prefer. However, there is also support for Wireguard as well.

There are a number of impressive features available with TorGuard. I was delighted to see that there is a VPN kill switch included, which means that you are going to be protected even if your VPN connection drops out.

Furthermore, your personal data is protected because TorGuard owns its DNS servers.

There are a lot of different advanced settings and features on offer as well, including dedicated IP addresses, custom proxy servers, and App Kill, which will shut down listed apps when the VPN is disconnected.

No; TorGuard is genuinely a no-logs VPN service, which is great news. 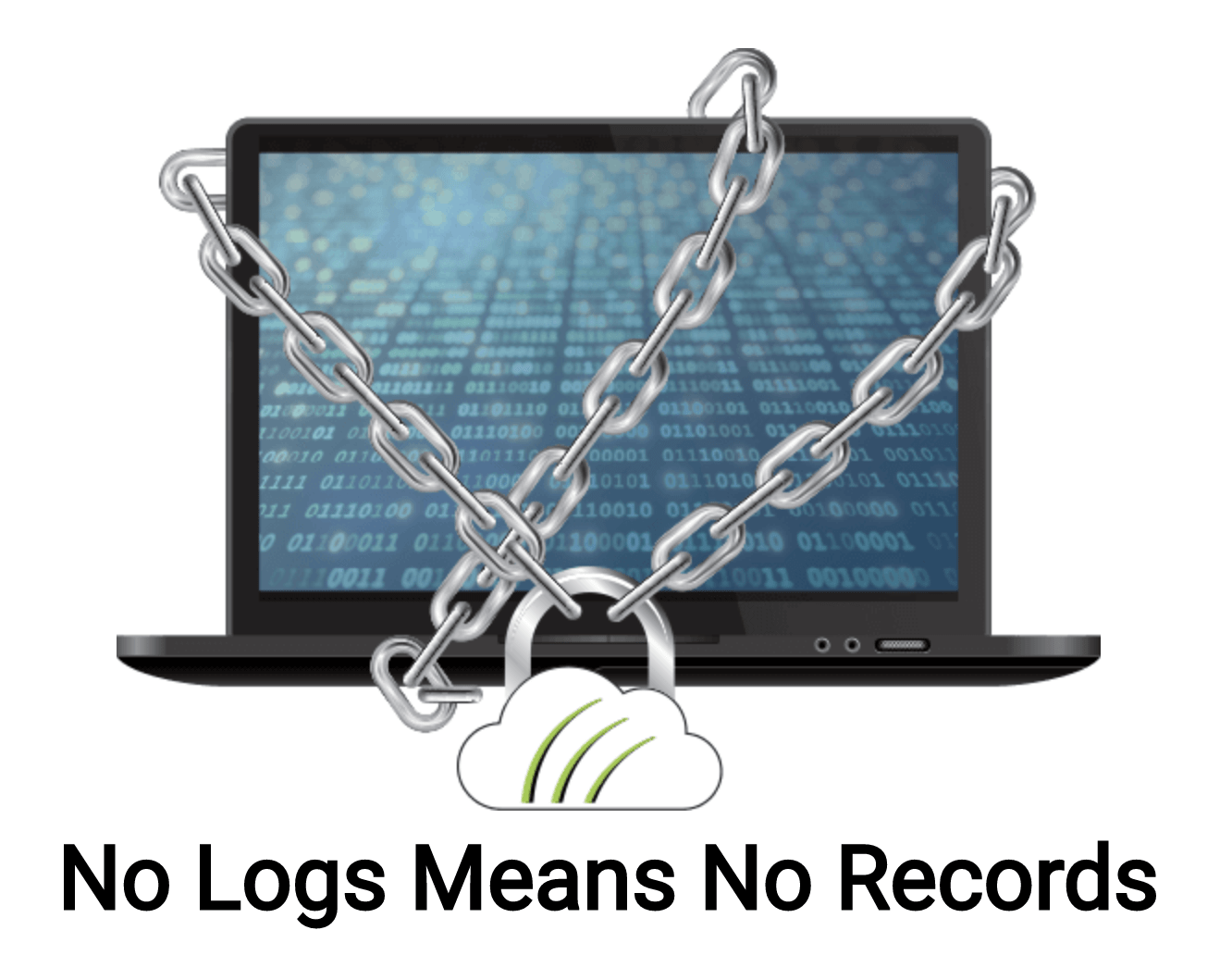 In fact, it does not even log connection metadata on a temporary basis, and so you really can have complete peace of mind when using this service.

It is fair to say that TorGuard is a bit cluttered, but it is simple to use and it does do the job well.

If you are looking for a VPN whereby you have the power to customize as many elements as possible, this is certainly a good choice.

There are a lot of advanced settings available within TorGuard, yet these have been organised in a sensible manner, making it easy for you to make the changes you wish to.

If you are looking for a VPN for torrenting, I would certainly recommend TorGuard. TorGuard is an excellent choice as P2P activity is allowed on all of the servers.

The transparent no-logs policy and the security features, such as the kill switch, make TorGuard a good choice for torrenting.

While there are clearly many benefits that are associated with TorGuard, streaming is not one of them. If you are looking for a VPN for streaming purposes, I would recommend checking out NordVPN instead.

TorGuard does not unblock BBC iPlayer and it does not work with Netflix anymore, even though it used to on some of the servers.

There is the option of paying an extra $7.99 per month for a dedicated IP streaming address. I would not recommend doing this, though. Why? Well, firstly, it is not ideal for privacy. Secondly, you’re going to end up paying a lot of money per month when there are other VPNs that are perfectly fine for streaming.

Can TorGuard bypass the Great Firewall of China?

Yes; TorGuard is a safe choice for China, and it works well. The reason for this is because of STunnel, which is the proprietary Stealth VPN protocol.

All you need to do is tick a box in the app settings and you can enable STunnel. This adds another layer of protection to your VPN connection. This means it is going to be harder for your traffic to be identified as VPN traffic.

According to the user forums on the TorGuard website, TorGuard will work effectively in China if you are connected to US, Taiwan, Singapore, Japan, or Hong Kong servers.

One difficulty is that the website itself is blocked, and so you will need to download TorGuard prior to travelling to China.

TorGuard has VPN applications for all of the following: 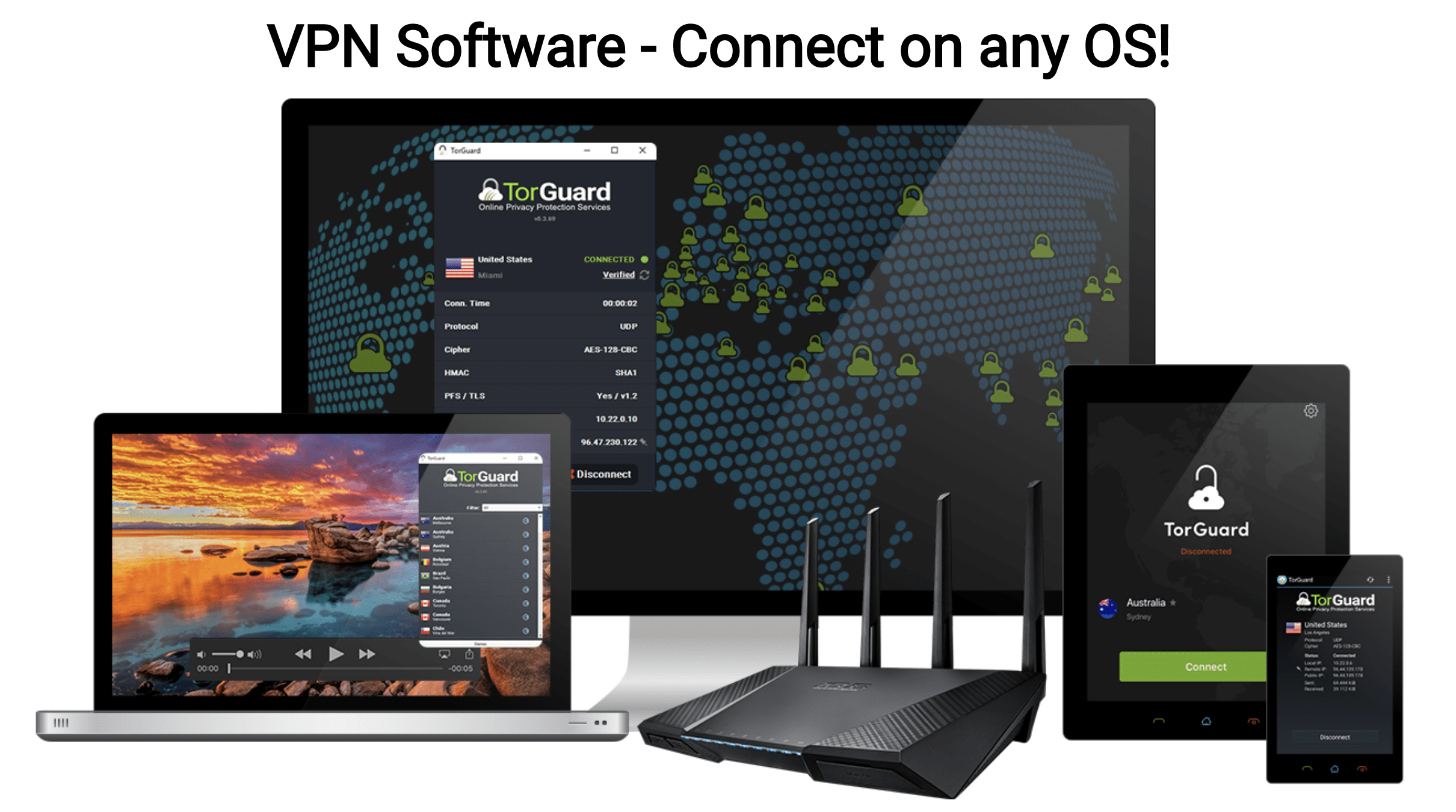 If you are a gamer and you are searching for a VPN, you won’t be disappointed with TorGuard. You can use TorGuard with a wide selection of streaming devices and games consoles.

To do this, you are going to need to connect the devices to a router that has the VPN software running on it.

There is also a custom TorGuard VPN app for those who have an Amazon Fire TV Stick. This is very easy to use and install, so you should not have any issues with it.

There are proxy extensions available for Mozilla Firefox and Google Chrome browsers.

You do need to keep in mind that your browser traffic is not going to be encrypted, as these add-ons are not genuine VPN extensions. Therefore, for added security, they should be used while your desktop app is also running at the same time.

The customer support on offer is decent. Improvements could be made, but it is definitely one of the better VPNs in terms of customer service.

Firstly, there is live chat, which is always good. However, this is not available all of the time, so do keep this in mind. Plus, although the service agents do seem polite and friendly, you get the sense that a lot of the responses are pre-written, which can be a little bit annoying.

If live chat is not available, you have the option of sending a support request by email. Every time that I have done this, the replies have been pretty quick.

I found the forum very helpful as well. I have been able to find answers to my queries within the forum on several occasions, so I would definitely recommend making the most of this if you decide that TorGuard is right for you.

In terms of the information on the website, there is a lot of useful content. However, it would be good if this was made beginner-friendly. I feel that beginners would find it difficult to understand the complicated and technical nature of the guides. Some simple English would not go a miss! 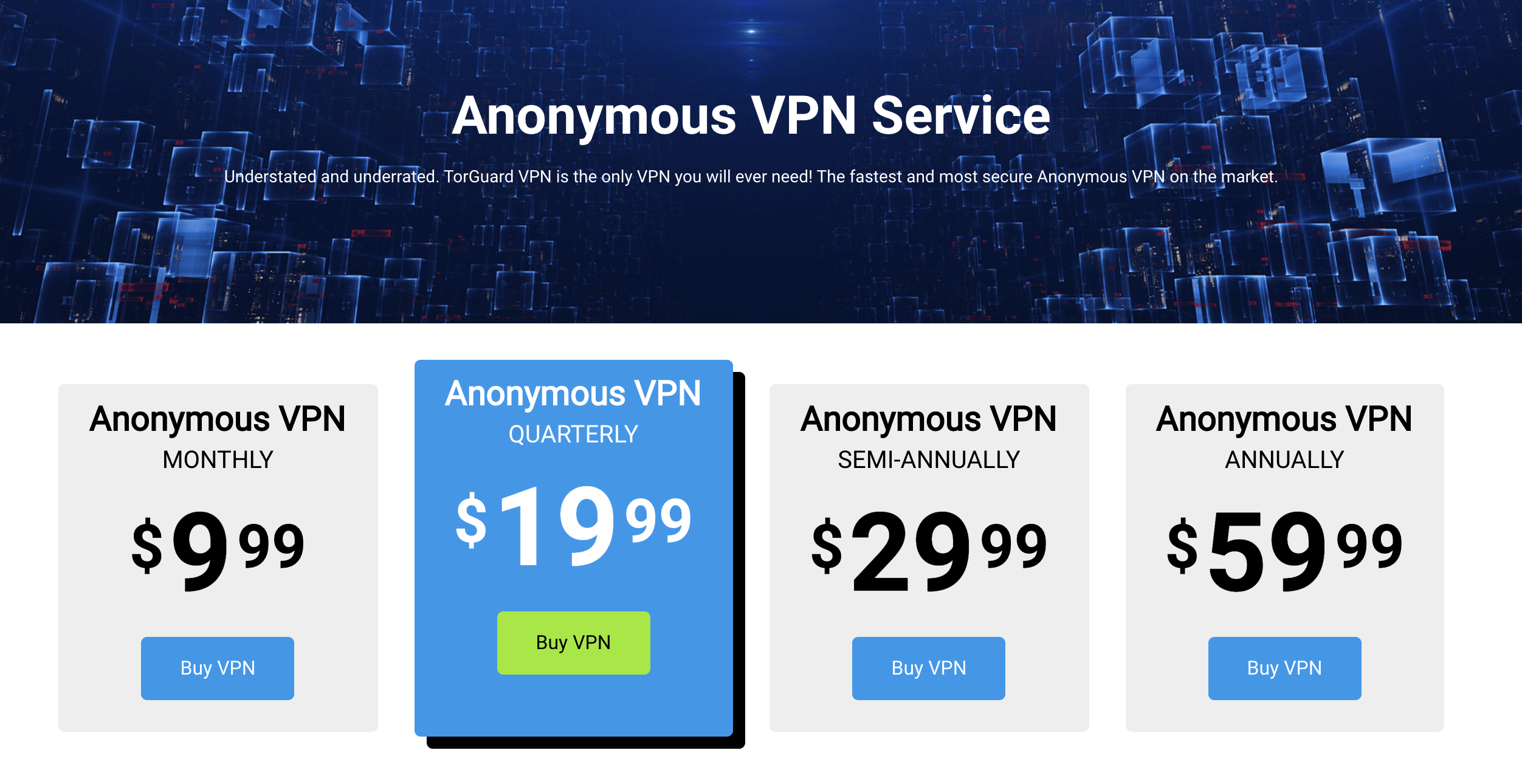 Well, you get 12 simultaneous connections, rather than eight. Some other key differences include more ports for Port Forwarding, free 10G Add-on, and free regular dedicated IP.

The Anonymous VPN Pro is the same as the basic package, yet you get 12 simultaneous connections and a free GLi mini router. This is available on an annual plan only, at $79.99.

All things considered, I would definitely say that TorGuard is one of the better VPNs on the market today. If you are privacy-minded, you will find this VPN a good choice. From the 256-bit AES encryption cipher to the no-logs policy; there are a lot of great qualities.

There are a few drawbacks, though, including the inability to unblock BBC iPlayer or Netflix. Therefore, if you are looking for a VPN for streaming purposes, I would recommend checking out NordVPN instead.