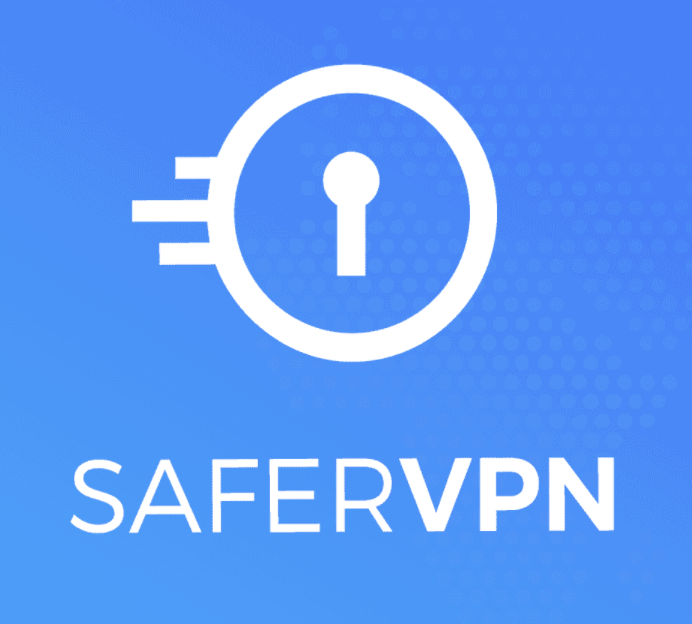 When a VPN describes itself as the simplest and fastest VPN on the market, it has given itself a lot to live up to, and I was excited to find out whether SaferVPN could deliver on these promises.

Read on to discover everything you need to know regarding my thoughts on this VPN. 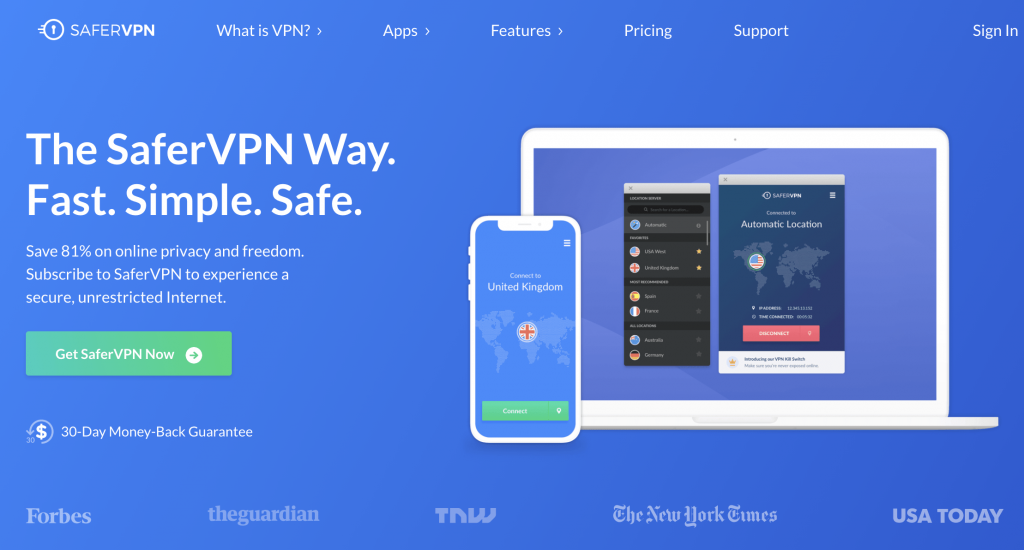 SaferVPN certainly makes bold claims about its services, and so I was interested to see what the VPN had to offer. It was released in 2013, and it was recently purchased by a subsidiary of J2 Global known as NetProtect.

The bad news about this is that it is based in the United States. The U.S. is not a great place for a VPN because it is a member of the Five Eyes intelligence-sharing alliance, which is not good on the privacy front. This means that the U.S. has agreed to share data with a number of countries.

Where are SaferVPN’s servers based?

SaferVPN has a moderate network of servers, covering 55 countries, with 1,300 servers available.

There is an extensive selection of servers across Europe, ranging from Greece and Italy to Latvia, Sweden, and Ireland.

There are numerous servers across Asia as well, including South Korea, Philippines, Malaysia, Hong Kong, India, Japan, and Singapore.

New Zealand, Australia, and America are also covered, and there are servers in South Africa and Nigeria.

There are only regional options in the United States and the United Kingdom, which is slightly disappointing. ExpressVPN is a good option to consider if you are looking for a VPN that has a lot of city-level servers.

While SaferVPN is not the fastest VPN on the market today, it is more than sufficient if you are looking for a VPN for casual use. 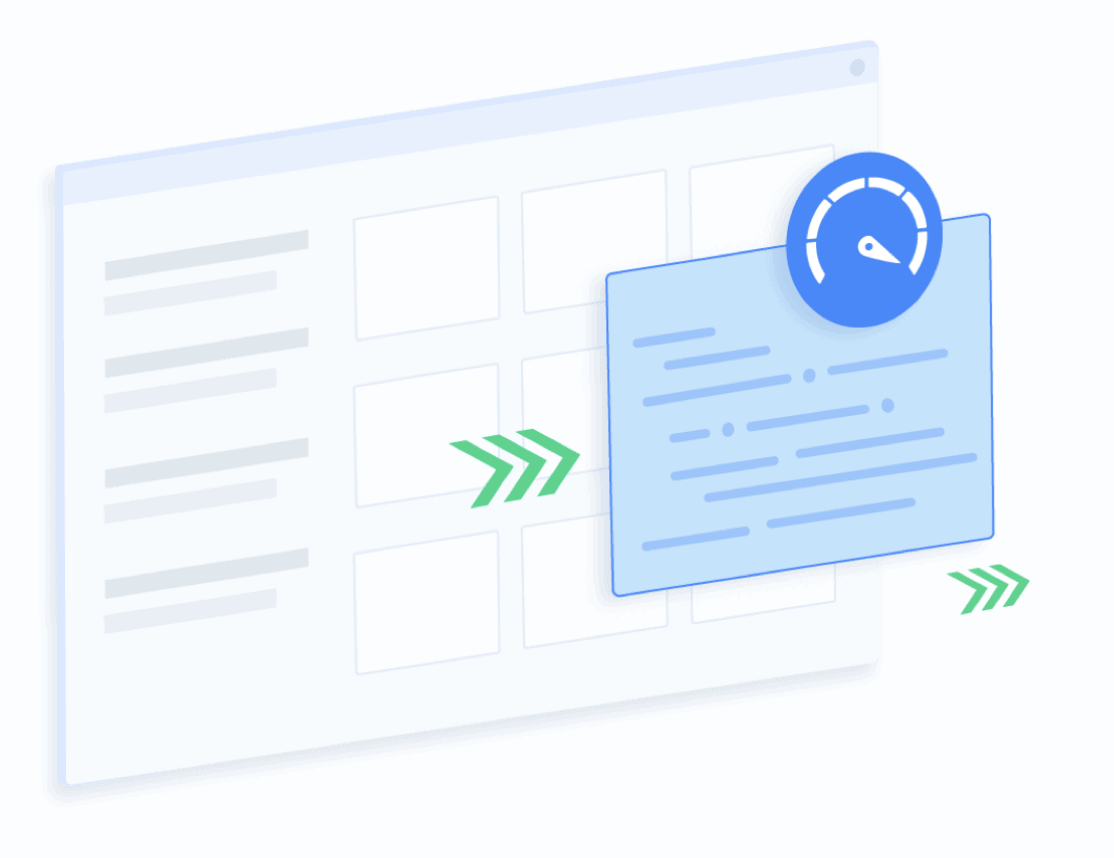 My download speed dropped by between 15 and 20 per cent every time I connected to a server in the same country, which is not too bad.

There was a noticeable difference when connecting to servers over a long distance, though.

I was happy with the upload speeds as well. You should not have any issues here, so long as you can connect to a server that is local.

If you are looking for a VPN to keep you safe, SaferVPN has a lot of excellent security features and provides strong encryption.

The encryption used is as strong as it gets; AES-256 encryption. You can also select the app to choose any protocol that is performing the best. I would recommend OpenVPN, and you can read my full review on it. 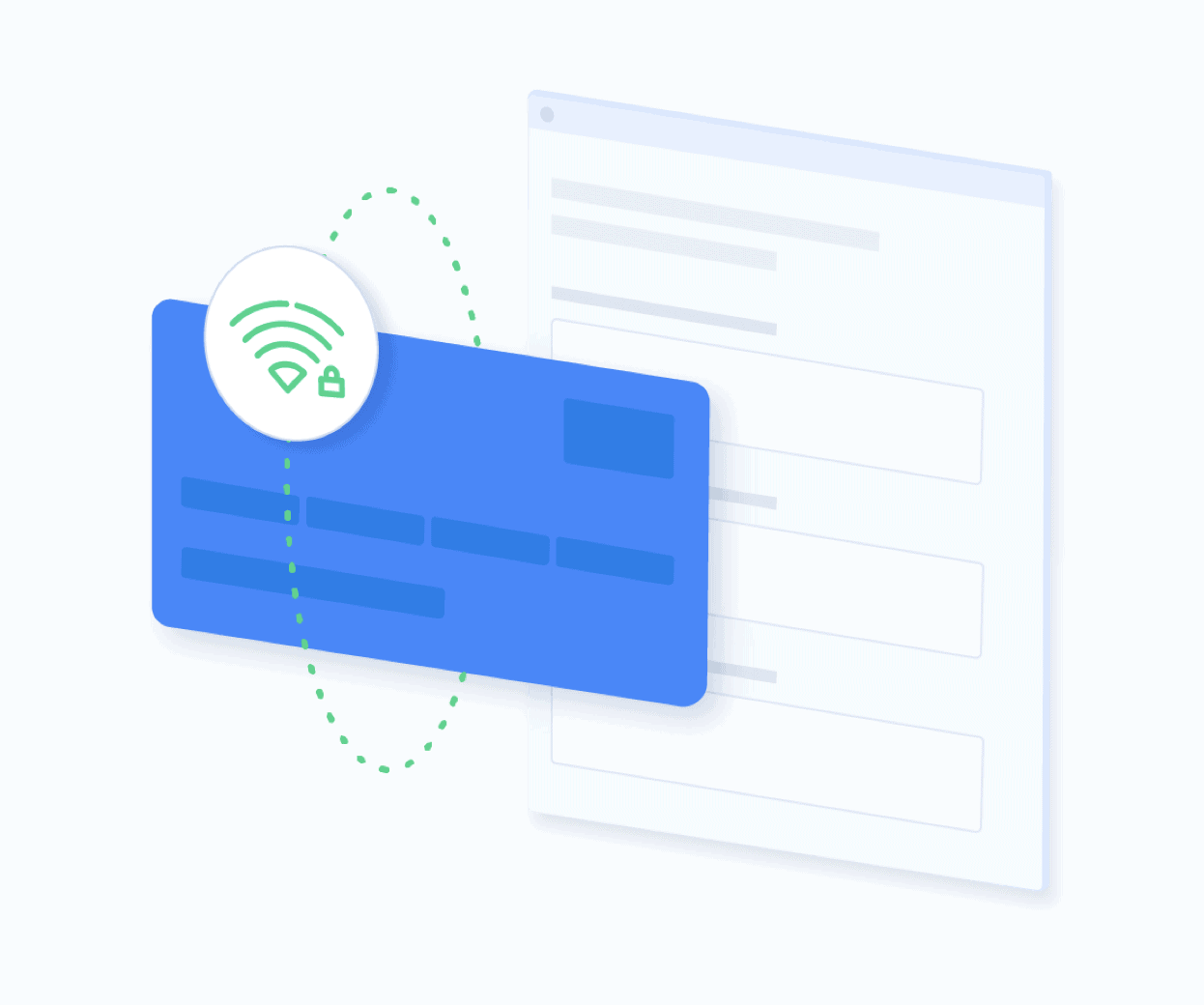 There are a number of features that have been included to boost the security that is available via SaferVPN. This includes the kill switch, which I always say is an essential feature when you are looking for a VPN. This will stop your true IP address from being exposed should your connection drop out for any reason.

There are some recent improvements that have been made to SaferVPN on the security front as well, including IPv6 and DNS leak protection, which is always good news! Hopefully, SaferVPN keeps adding to its feature pool in this area.

Nevertheless, the following information is collected:

These logs are kept for 90 days, which is rather long for a VPN provider. However, it is reassuring to know that SaferVPN does not collect any data that can be used for identification purposes.

While it is easy to download and install SaferVPN, the performance has not been great as of late.

I have had trouble connecting to preferred servers on numerous occasions. The stability of the app seems to be on the decline.

While torrenting is allowed, it is only permitted on a small number of servers. These are servers that are based in the Netherlands, Spain, or Canada, so it does really limit your choices here.

If you are connected to one of these servers, the upload speeds are decent. However, if you’re not close to one of the three countries mentioned, SaferVPN is not going to be the ideal choice for torrenting.

Plus, as there is a small number of P2P-friendly servers, this can also result in slow speeds and server congestion during peak times.

In terms of security for torrenting purposes, there is IP leak protection and a kill switch, which can give you peace of mind. Nevertheless, it is important to note that the logging policy is not as great as I would have hoped.

While there are servers that have been optimised for streaming on SaferVPN, they do not always work. I have had trouble connecting to the streaming servers, which is a bit concerning. Plus, I have found BBC iPlayer and Netflix to be blocked on occasion.

Although SaferVPN should be a good choice for streamers, it seems that there are some hurdles that prevent it from being a reliable selection.

Can SaferVPN bypass the Great Firewall of China?

I was hopeful that SaferVPN would be a good choice for use in China because of the number of Asian servers. Sadly, this does not appear to be the case. SaferVPN has struggled to maintain continual connectivity in China, making it an unreliable choice.

Overall, SaferVPN simply does not have the added obfuscation tools that are going to be needed to overcome the high level of privacy and security blocks that are in place in countries like this.

There are custom VPN apps offered by SaferVPN for the most popular devices, which include the following: 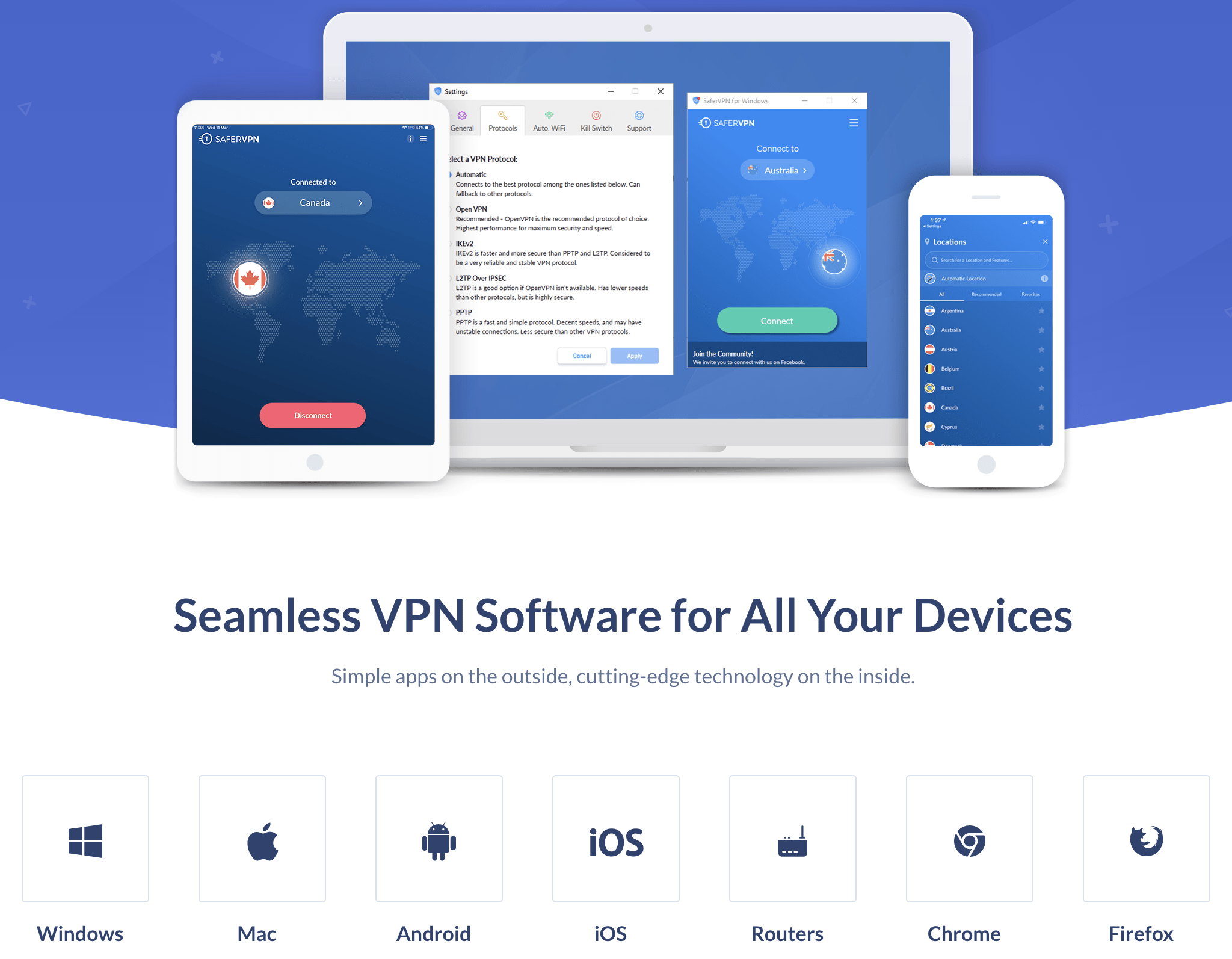 I was pleased to see that there are plenty of manual set-up guides on the SaferVPN site for devices that do not have native applications, for instance, BlackBerry, Windows Phone, and Linux.

You also have the ability to connect to five devices on SaferVPN at the same time, which is the standard in the industry.

SaferVPN is not a bad choice for gamers, especially considering the low ping times on the VPN. However, it is worth pointing out that there are not any custom apps available for games consoles or streaming devices. So, should you want to use it on your Xbox, for example, you need to manually configure it to your router.

There are browser extensions available for both Mozilla Firefox and Google Chrome, which will only take a few seconds to be installed.

Although these browsers are part of the paid subscription, you can actually use them free of charge, without signing up to a SaferVPN plan.

A word of caution on this, though: the extensions are proxies. This means that they do not create an encrypted VPN connection. They also do not have the advanced security features that come with the desktop client for SaferVPN. Therefore, they should not be used on their own. Also, there is a 500MB data cap per month, so do keep this in mind!

The customer support department is another area where SaferVPN needs to improve. I was delighted when I saw that 24/7 live chat support was on offer, however, that soon became disappointing, as the support was pretty much useless. Although the responses were quick, I did not get answers to any of my queries, even the most basic ones! 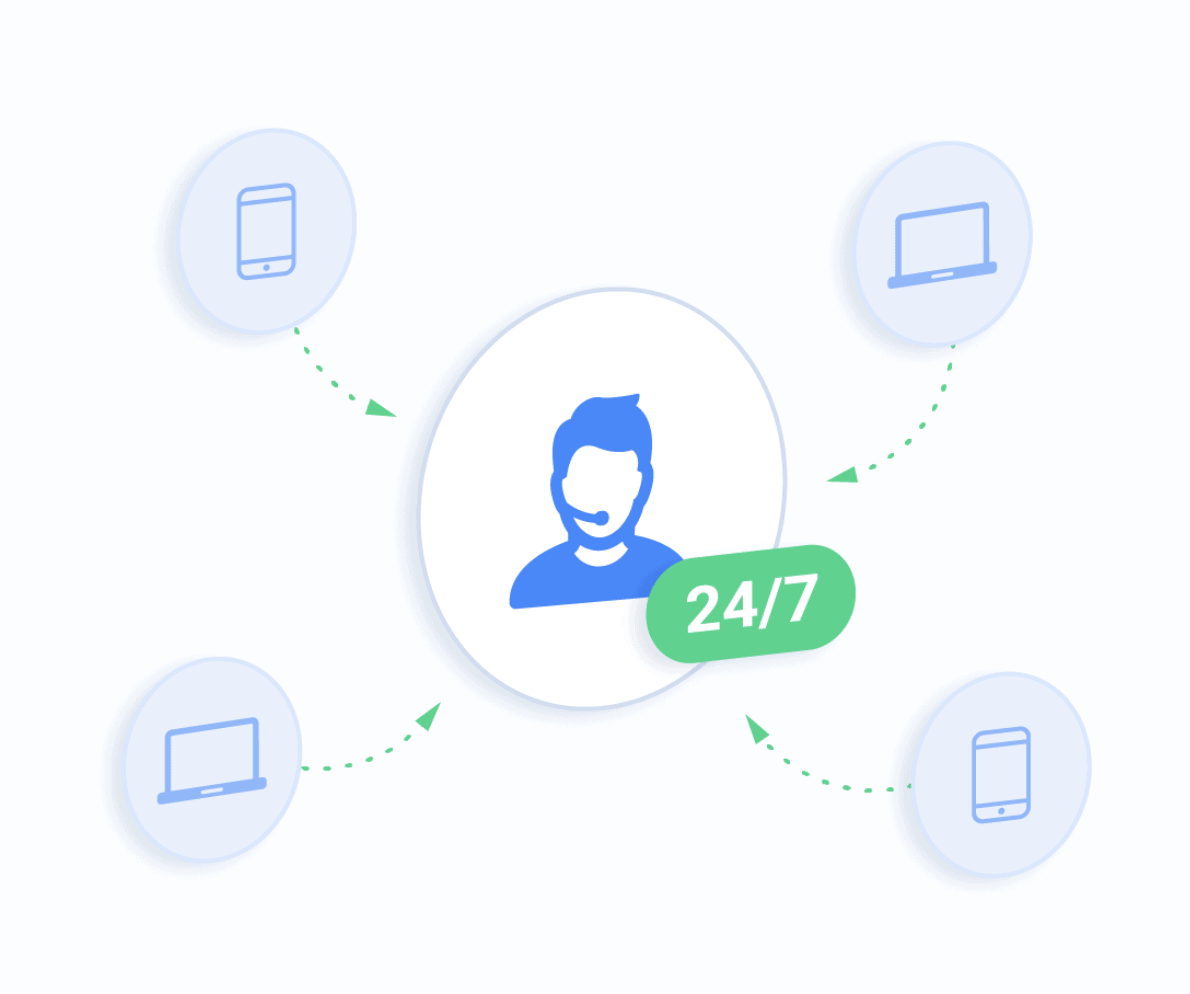 There is a decent knowledge base on the site, though, and this covers troubleshooting and installation. The guides are basic, though, so don’t expect anything too in-depth here.

If you do need help or assistance, I would advise sending in an email, as the support team here seems to be more knowledgeable.

There are a number of different plans for you to choose from at SaferVPN. As is the case with the majority of VPNs, the plans that are available differ based on the length of the contract. You can save money overall if you choose a longer plan.

The monthly plan, for instance, is billed at $12.95 per month. However, if you were to choose a three-year plan, you would pay $8.99 per month, which represents a massive saving of 81 per cent, as it equates to a mere $2.50 per month.

You also have the option of a one-year plan, which is 58 per cent cheaper than the monthly plan, at $65.88 upfront, which is the equivalent of $5.49 per month.

Finally, you can choose a two-year plan, which enables you to save 75 per cent. This is because you will be billed $78.96 every two years, which works out at $3.29 per month.

No matter what plan you choose, there is a 30-day money-back guarantee, which should give you great peace of mind and security.

All in all, I would describe SaferVPN as a basic provider. It is one of the cheaper VPNs out there, offering a simple app, moderate speeds, and good encryption.

However, there are some concerns in regards to performance and privacy, which are difficult to get away from. Plus, Netflix cannot be reliably unblocked and connection logs are stored, which is disappointing. Personally, I would recommend NordVPN for a five-star option.