There are many different VPN providers to choose from on the market today and so it can be difficult to narrow down your search effectively.

When it comes to RA4W VPN, anonymity and security are two of the main qualities that are touted on their website. Of course, this is exactly what you want when you are looking for a VPN, but does RA4W VPN live up to the hype? Read on to discover my thoughts. 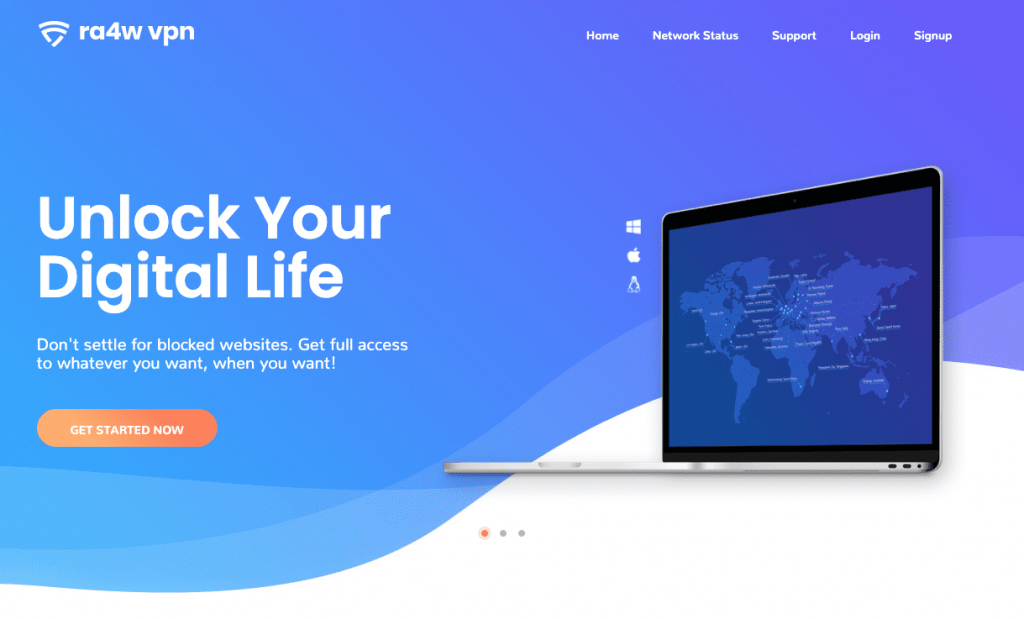 RA4W VPN was released in 2013. Since that date, more than 20,000 clients have used this VPN. RA4W VPN LLC is the company that owns and operates this VPN service.

The VPN is situated and operates out of the United States. This is a bit of bad news when it comes to VPNs. This is because of the Five Eyes alliance regulations. This regulation means that if authorities based in the US, UK, Canada, Australia, or New Zealand are interested in your browsing activity, RA4W VPN will give them this information.

I know what you are thinking, it sort of defies the point of having a VPN to begin with, doesn’t it? It’s not all doom and gloom, though, as you will soon discover. The privacy-friendly log policy can help to put the odds back in RA4W VPN’s favour.

There are currently 33 servers that are spread across 20 different countries. This is quite low but this could be more than sufficient for you depending on your reasons for wanting a VPN.

They have servers across the United States, including New Jersey, Los Angeles, Seattle, Chicago, Dallas, and Miami. There is one server in the UK, in London, as well as two in France and two in Russia. They also have one server in the likes of South Korea, Japan, South Africa, Poland, Switzerland, Australia, India, Latvia, and Bulgaria. 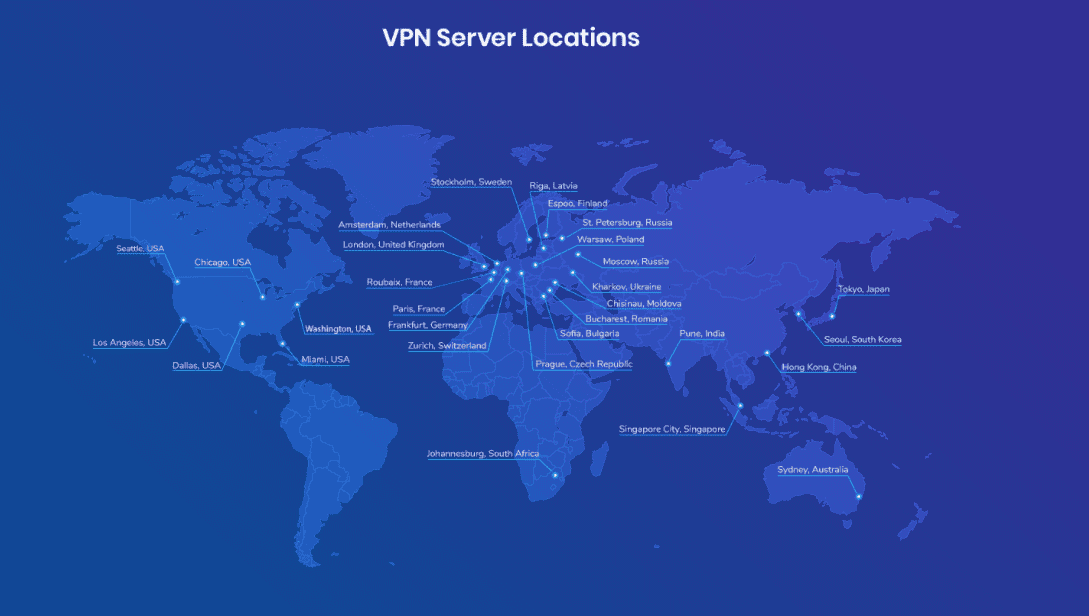 It is only natural that your VPN is going to slow down your Internet speed by a certain degree. It is the trade-off of being able to connect to a different server. However, how much it is going to slow your speed down by is the real question. 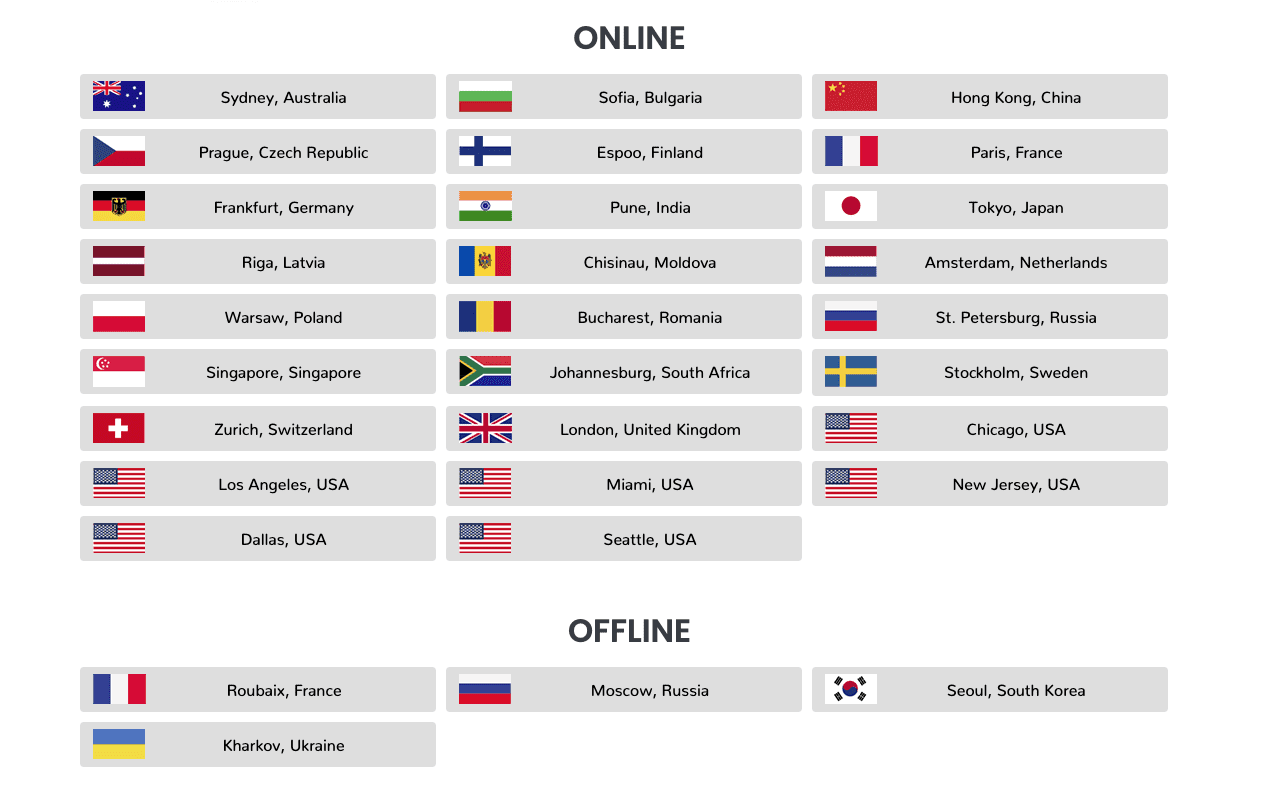 Sadly, RA4W VPN is one of the slower VPNs on the market today. When testing different servers and monitoring the speed drop, I experienced drops between 65 and 86 per cent, which is rather high, to say the least!

When you consider this, you probably won’t be surprised when I tell you that the servers aren’t very stable. I found that a lot of my sessions ended up timing out. This was especially the case when connecting with servers in the United States.

So, let me take you through my thoughts on a number of the different security elements of RA4W VPN.

One of the great things about choosing RA4W VPN is that it keeps no log files. This is unusual for a company based in the United States, so it really was a nice surprise!

I did double-check that they were being truthful in their claims by delving into their privacy policy. While most companies will at least store your name, phone number, and address, RA4W VPN will only hold onto your email address.

I was a bit disappointed to see that there is no kill switch feature with RA4W VPN, as is the case with other VPNs.

If you are looking for a VPN with a kill switch, check out my reviews on the likes of NordVPN and ExpressVPN.

With no kill switch in place, this could mean that your IP address is potentially exposed if your connection crashes. This can also have a negative impact in terms of the torrenting ability of the VPN service as well.

I have also been impressed with the safety protocols and encryption in place at RA4W VPN.

OpenVPN protocol is also used to tunnel your connection. You can read all about OpenVPN in my review, which is another leading industry standard.

There are some security features that I do feel RA4W VPN is missing. The main one being a kill switch! 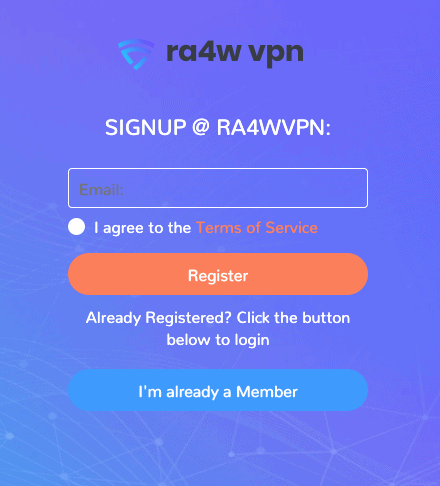 I found it really easy to download and install RA4W VPN, so I am sure you won’t have any problems, even if you are a beginner.

Only one file is required. You simply click on the download button, and you’re good to go.

It took less than a minute for the installation to be completed. The program was then downloaded in a zip file format, meaning I had to extract it first.

If you are looking for a VPN for torrenting purposes, there are a lot of positives with RA4W VPN. There are no restrictions in place on torrenting, meaning you can use it on any server, at any time, and anywhere.

This is a massive benefit because your personal data can often be exposed due to P2P sharing. Locking this down with a reputable VPN is the best way to stay safe while big files are being downloaded.

However, I do need to give one warning, and this is the fact that there is no kill switch, as I mentioned earlier. This is always a bit risky when it comes to using a VPN for torrenting, as there is a chance your IP address could be exposed if your internet connection drops out.

In terms of VPNs that have a kill switch and are good for torrenting, I would recommend looking at the likes of CyberGhost or NordVPN.

Some of the better options out there for unblocking Netflix include the likes of CyberGhost VPN and ExpressVPN. You can read my reviews on both.

There are some music streaming platforms and other services that RA4W VPN is able to unblock. However, none of these sites are aggressive in terms of blacklisting VPN IPs, so it’s not something I was particularly excited about!

If you are looking for a VPN that can bypass the great firewall of China, you’re probably going to want to avert your attention elsewhere.

You only have to look at the server list to see that the chances of RA4W VPN unlocking content in China are very low. They don’t have a server in Hong Kong.

I have received some VPNs that are good in terms of unblocking content in China, so I would advise looking at the VyprVPN, Surfshark, and ExpressVPN. These VPNs work reliably and consistently in China, so you should not experience too many issues.

Device compatibility is one area where I feel RA4W VPN lacks. At present, there is only a Windows application available, although it can be used on Linux and macOS with simple workarounds. But who really wants to configure a VPN to get it to work for them? You want it to operate straight out of the box, right?

In terms of connections, there are no limits, which is unusual for a VPN provider and definitely a big plus point! Nevertheless, it is vital to know that every connection must be on a different server, so do keep this in mind. There are 33 servers, so you could essentially have 33 connections on the go at once.

You cannot use this VPN with a smart television or gaming console, so do keep this in mind when making your decision.

There are currently not any browser extensions available for RA4W VPN. There is no indication of whether this is something the company is considering adding in the future. 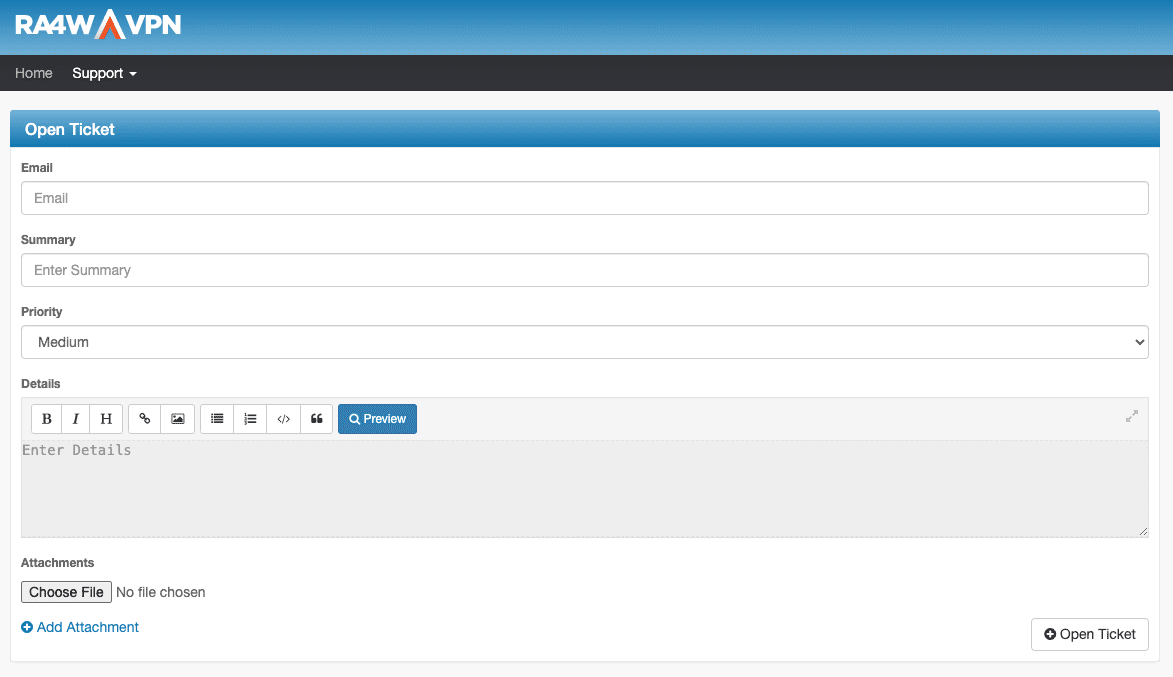 Live chat is not a feature with RA4W VPN, which is a bit disappointing. The only way you can get in touch is via the contact form. However, I was pleased to see that my messages received a quick response. Within around 15 minutes of sending my query, I had received a reply.

There are three different plans that are available to you if you decide that RA4W VPN is your VPN of choice. The main differences between these plans include the duration of your contract and the way you are billed.

All of the plans include OpenVPN, the full server network, unmetered bandwidth, Windows application, encryption, and no logs. 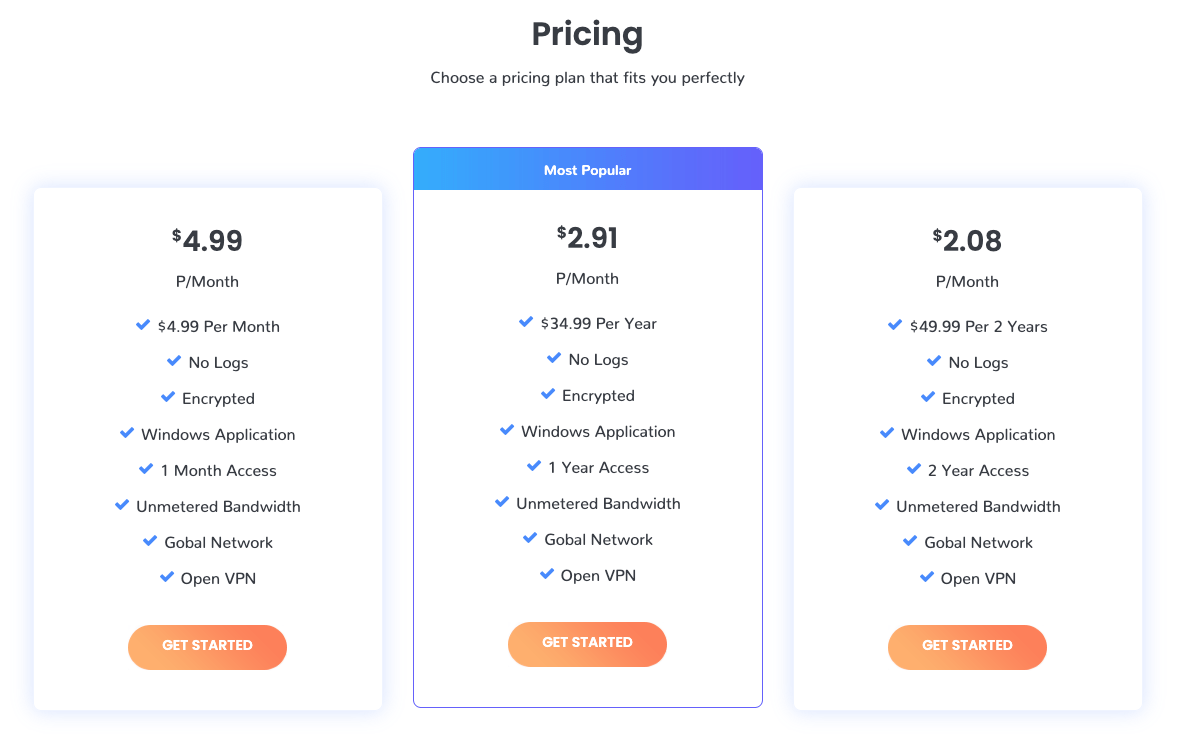 Their most popular plan is the one-year plan. This will cost you $34.99 per year, so you will pay this upfront and you will get a year’s worth of access. This equates to $2.91 per month.

If you are looking for some more flexibility with your plan, they do have a month’s payment plan available, which is not always the case for the VPNs available today. However, you can expect to pay more for this, as it is going to set you back $4.99 per month.

The cheapest option is a two-year contract. This costs you $2.08 per month. Nevertheless, you do need to pay for this upfront, so you will be charged a one-off payment of $49.99, which will cover you for the full 24 months.

In my opinion, RA4W VPN is a VPN that really excels when it comes to security and their no-logging policy is refreshing, especially for a company that is based in the United States. However, as they only have a Windows application at present, I would only really recommend RA4W VPN if you are a Windows user.